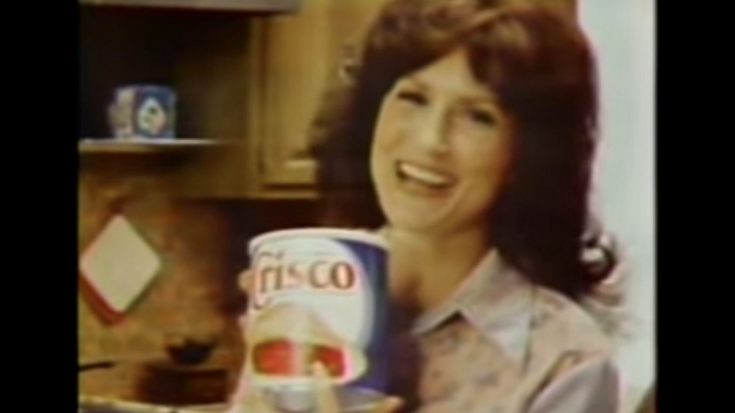 Loretta Lynn is one of the most beloved female artists in country music history. She’s best known as the Coal Miner’s Daughter, but people might be surprised to know that she was an award-winning baker.

In 1979, Lynn became the spokesperson for the Crisco shortening and did several print and television ads for the brand over the next decade. Some of the ads featured Lynn’s country cooking recipes and tips. One ad even revealed that the legendary singer had won 17 blue ribbons for her baking prowess.

Other Crisco commercials show Loretta with her family, including twins Patsy and Peggy who share that they use Crisco for all of their holiday baking, from cookies and pies to cake.

In each of the videos, Lynn makes it clear that the secret to a successful pie is a perfect crust…made with Crisco, of course. “I learned pretty early that a great tasting pie starts with a crisp gold crust,” Lynn says.

If you want to try Loretta Lynn’s shortening pie crust recipe, check it out below! With only four ingredients and minimal prep, it will quickly become your favorite.

Combine flour & salt. Cut in Crisco. Add water, and mix as little as possible. Bake according to filling recipe.