Loretta Lynn Once Shared Her Simple Secret To A Long Life 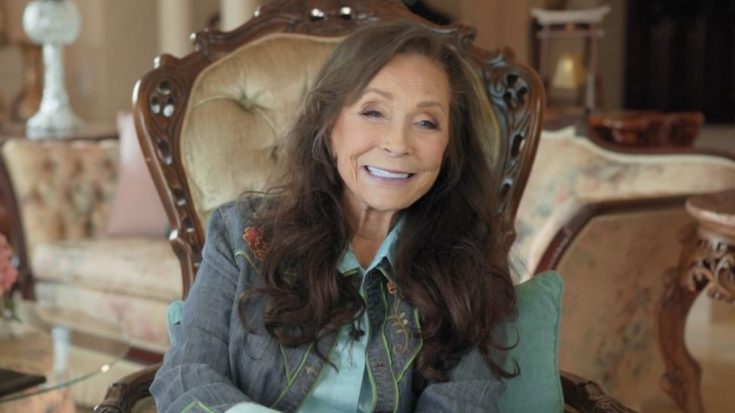 In a 2015 interview with Billboard, Loretta Lynn shared the secret to her long life and long career. Ironically, the same smart decisions led to success in both her life and career.

Loretta Lynn, the Coal Miner’s Daughter, the First Lady of Country Music…however you refer to her, there is no doubt that Loretta Lynn is the Queen of Country music. Lynn won more accolades and awards than we can count, and did so as a wife and a mother of six.

But, even more impressive than her notable award wins and hall of fame inductions was the length of Loretta’s career. Over the course of 60 years, Lynn wrote more than 200 songs and released 50 studio albums. She continued to tour until 2017 when she suffered a stroke. A year later she fell and broke her hip.

Her final album was released in March 2021, roughly 18 months before her death at the age of 90. The album, called Still Woman Enough, featured collaborations with Carrie Underwood, Reba McEntire, Tanya Tucker and Margo Price.

While most artists consider themselves lucky to have a career span a couple of decades, Loretta Lynn made it through six.

The “Honky Tonk Angels” singer told Billboard that the secret to her longevity is simple.

“I look back and see the artists I’d met when I’d first come to Nashville, and they haven’t been on the road in 30 years. I’m still hitting that road and doing as much as I always did,” Loretta said in 2015. “I never drank, I never smoked. I always took care of myself like that. I’ve been singing for a long time. And I haven’t quit.”

When asked if she had ever thought about retiring, Loretta said she was going to sing until she died.

“When they lay me down six feet under, [then] they can say, ‘Loretta’s quit singing.’ I’ll have on one of my gowns. That’s morbid, but it’s the truth.”