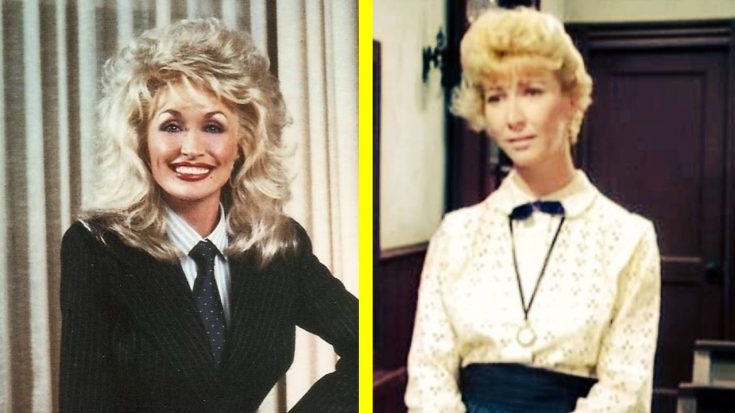 If you’re looking for a random, yet interesting story…look no further.

Actress Charlotte Stewart began working in television and film in 1961 and her most recent work was in 2017. She’s appeared in lots of shows including Bonanza and The Waltons, while her most notable role was as schoolteacher Eva Beadle on Seasons 1-4 of Little House on the Prairie.

Don't forget to tell a teacher what they meant to you today! @LHPrairie #TeacherAppreciationDay pic.twitter.com/kFarsEY9xi

Before she landed the role of Eva Beadle on Little House, she had already been using drugs and alcohol regularly. When she left the show after Season 4, she moved from Los Angeles to San Francisco, which made her addictions worse. One night, she couldn’t get herself home and once she did, she couldn’t unlock the door. That’s when she knew she needed help.

Instead of going to a rehab center, Stewart chose to go to a health spa in the South Bay area of Los Angeles.

“I went to a health spa in the South Bay to try to pull things together,” she said. “The place offered transformation through meditation and a vegetarian diet — and of course drugs and alcohol were not on the menu.”

Stewart ended up leaving that health spa and going to a different one just outside of San Diego. There, she was taking part in a sketch with other guests. Apparently, Dolly Parton was staying at the same health spa at the same time!

“The staff asked us all to do a skit,” she wrote. “So I asked Dolly Parton, the country singer, who was also staying there at the time, if I could borrow her wig. She was more than happy to offer one up — a large blonde thing — and I did a skit in which I played Holly Spartan.“

The actress eventually got completely sober in the 1980s and turned her life around.

So thrilled with the @closerweekly feature on my new book! pic.twitter.com/SIwnrIOKbM

She eventually wrote a book about her life called Little House in the Hollywood Hills.

This isn’t the first time Dolly has lent her wig to someone. When she appeared on The Tonight Show Starring Jimmy Fallon in 2014, she let him wear her wig! Check out that clip below.