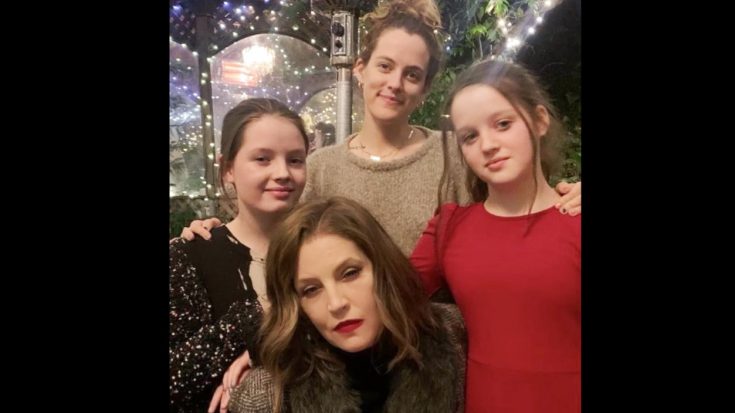 The new Elvis movie will debut in theaters nationwide on June 24. The film has received favorable reviews from critics and members of the Presley family, including Elvis‘ daughter Lisa Marie.

Lisa Marie broke a longstanding silence on social media to gush about the movie after she watched it. She said:

“I do want to take a moment to let you know that I have seen Baz Luhrmann’s movie ‘Elvis’ twice now, and let me tell you that it is nothing short of spectacular. Absolutely exquisite.“

“Austin Butler channeled and embodied my father’s heart and soul beautifully. In my humble opinion, his performance is unprecedented and FINALLY done accurately and respectfully. (If he doesn’t get an Oscar for this, I will eat my own foot, haha.)“

Lisa Marie said her three daughters (Riley, Harper, and Finley) all saw the movie as well. The girls never got the chance to meet their legendary grandfather, but Lisa Marie says they were still “visibly overwhelmed” by the movie.

Riley is a 33-year-old actress and model, so she’s very much in the public eye. But we don’t often see Harper and Finley out and about.

The twins made a rare public appearance to celebrate the Elvis movie’s upcoming release. They joined their mother, sister, and grandmother Priscilla Presley at the film’s premiere at Graceland in Memphis, Tennessee.

Harper and Finley posed for photos with their family and the stars of Elvis, including Austin Butler. They’ve grown up so much!

Lisa Marie posted a bunch of photos from the premiere, and spoke about the experience:

“I had such an emotional and incredible trip to Memphis, meeting, and spending time with all of the cast of Elvis. I have so much love and admiration for all of them…” she said.

Look below to see the photos Lisa Marie shared. Click through the slideshow to see the picture of Harper and Finley at the premiere.