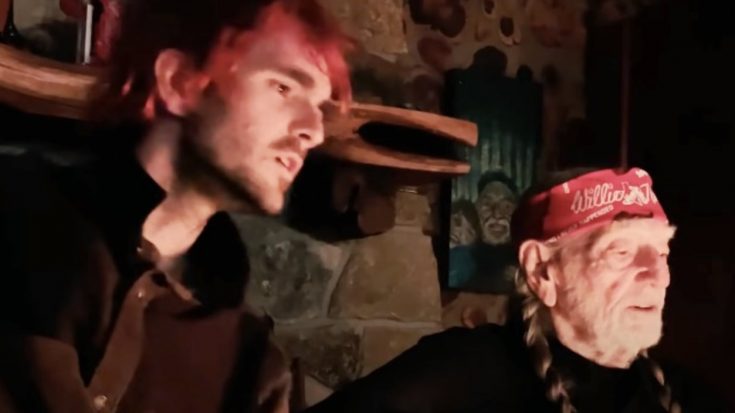 Willie Nelson enjoys singing with his children. His 2021 album The Wille Nelson Family was a collaborative effort between Willie, his daughters Paula and Amy, his sons Lukas and Micah, and his sister Bobbie. Sadly, Bobbie died in March 2022, just a few months after the album was released.

Micah, who performs under the stage name Particle Kid, recalled the conversation with his father that inspired the song’s title and eventual creation:

“Sometime back in December 2020, in between endless rounds of chess and dominos, my dad looked up at me and said, ‘If I die when I’m high, I’ll be halfway to heaven,'” Micah said in a press release cited by Pitchfork.

Micah went on to say:

“It took me a second to process, but I said, ‘Dad, that’s the best song title I ever heard. You better write the rest of it quick.’ He said, ‘Why don’t you write it?’ So I did. That night I wrote it for him, about him. It’s really just a love letter to him. A tribute.”

Micah said the song also serves as a rebuke to anyone who has ever considered him to be “some lost prodigal son” of Willie’s because he “never imitated his style or pandered to his audience.”

“We are both freaks, in our time. I’m no prodigal son. I am HIS Particle Kid. I would never try to be him, or even pretend, because nobody will ever be him. But believe it or not I do relate to the Willie fans because I am one of them. They know how incredible and one of a kind he is. So this song is for the real Willie fans too. They get it.“

Micah and Willie also shared a music video to accompany “Die When I’m High.” The animated portraits of Willie in the video were created by Micah himself:

“I cut the video together using a combination of time-lapse footage I shot at Luck, concert footage of me and my dad performing the song live, and some animated portraits I created digitally of him at different times in his life,” Micah said.

You can watch the music video for Willie and Micah’s new song “Die When I’m High” below. We love it when they sing together!