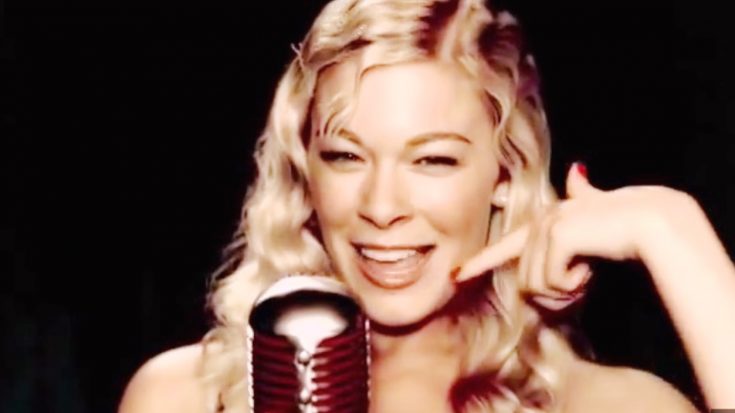 Whenever someone thinks of country music legend John Anderson, one of the first songs that comes to mind is “Swingin’.”

Co-written by Anderson, the rockin’ love song has the narrator reflecting on his childhood and the moment he fell in love with a little girl named Charlotte Johnson. Their romance blossomed after the two sat together on the front porch swing, and they were head over heels for each other from that moment on.

The groovy tune was quite the success, and ended up topping the U.S. Hot Country Songs chart. It was also a major crossover hit, climbings as high as the 43rd spot on the Billboard Hot 100.

As if all of that didn’t make the song prestigious enough, it was also awarded the Single of the Year Award from the CMA.

? Swingin' by @johnanderson on @PandoraMusichttps://t.co/Llxv2Nr5LO. ( I really like this song ) pic.twitter.com/omUjLPV0Wk

Anderson first released “Swingin'” way back in 1983. Because of the song’s success, he eventually recorded it a second time for his 1994 album Country til’ I Die. He released the song as the B-side to the album’s title track, which was its first single.

Then 16 years later, yet another recording of “Swingin'” hit the radio, but this one didn’t come from Anderson.

In 2010, LeAnn Rimes took the country music world by storm by releasing the second cover album of her career. With Rimes, Vince Gill, and Darrell Brown as co-producers, the album was crafted into a unique piece of art that put a spin on many beloved country classics.

Titled Lady & Gentlemen, the record had Rimes reworking classic and traditional country hits originally made famous by male artists. Lyrics and titles were altered to fit her new, female perspective, with one of the most notable changes being to Waylon Jennings‘ “Only Daddy That’ll Walk the Line.”

Rimes’ rendition was renamed for her female voice, and was titled “Only Mama That’ll Walk the Line.”

In addition to covering that Jennings classic, Rimes also offered the female spin on songs such as George Jones‘ “He Stopped Loving Her Today” and Gill’s “When I Call Your Name.”

She Took On “Swingin'” Too

Another song that Rimes reinvented for the album was Anderson’s “Swingin’.” Her version of the song was released as the first single off of Lady & Gentlemen, and performed quite well, peaking at the 57th spot on the chart.

The song also earned some recognition from the Grammys, as Rimes was nominated for Best Female Country Vocal performance in 2011.

While Anderson’s original version of the song has an upbeat, literally “swinging” sound, Rimes upped the ante with her rendition. There’s even more fire behind her recording, which picks up the pace a smidge from Anderson’s.

On top of that, Rimes took a slightly more sultry approach to her rendition, which was further enhanced by its red-hot music video.

The video features Rimes performing along with a band at an old-school dance marathon, as she sings about how madly in love she is with boy named “Charlie Johnson.” Eventually, Rimes enters the competition herself, and wins thanks to her stamina and steamy dance moves.

Watching this video, it’s easy to see why Rimes’ spin on “Swingin'” was such a hit. If you’ve never seen or heard her rendition before, you must check it out in the video below!

We love it when talented artists like Rimes artists reinvent the classics like this. Some good stuff comes out of it!