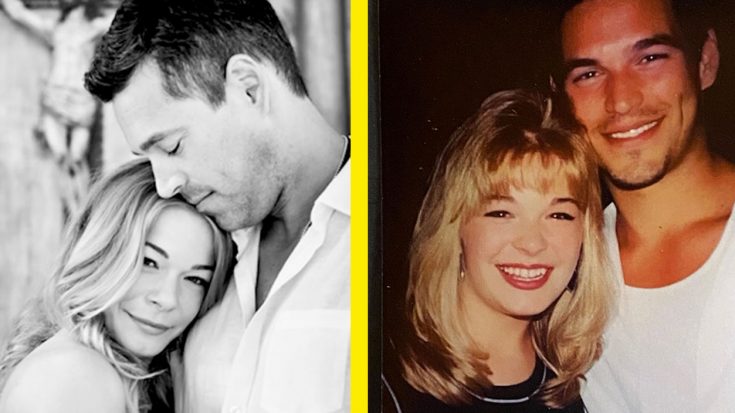 Country singer LeAnn Rimes and actor Eddie Cibrian are celebrating ten years of marriage together and it appears the two of them couldn’t be happier.

Both took to social media to express to their fans the utter appreciation and love they have for each other.

Rimes posted a commemorative video to Instagram showing everything from their wedding, to swing dancing adventures, and horseback riding.

Eddie also posted a photo to Instagram and joked in the caption,

He went on to say,

“Thank you for saying “I Do” to this very tan boy rocking a very tight white tank top over a blousey shirt ? What a ride…10 years and still smiling baby ? Happy Anniversary, @leannrimes ❤️❤️❤️”

Rimes and Cibrian met while filming the made-for-TV Lifetime film Northern Lights in 2009. Each went through messy public splits from their former spouses that year, with both of their divorces being finalized in 2010. Soon after their divorces, the two finally got hitched and they’ve become a sensational couple on social media.

Before their anniversary, Rimes appeared on ET Canada to talk about the big marriage milestone. During the segmant, she mentioned that she didn’t care what they do to celebrate.

“We might still just be sitting on the couch in sweats, which is totally fine with me.”

She continued on a more serious note,

“We’ve been through a lot together and I’m really proud of us.”

Watch the full interview in the video below.