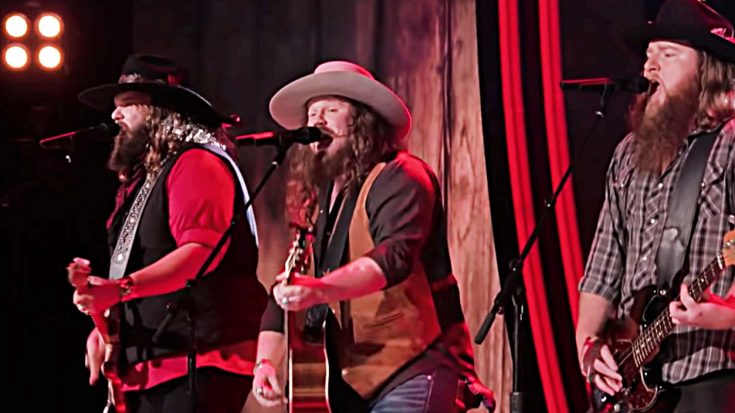 The newest singing competition is all about country music and in this first-ever leaked performance, they prove that they’re going back to the roots of country and making a show we absolutely can’t wait for!

USA network’s newest singing talent show takes the place of its former hit show Nashville Star that ended way back in 2008. The show was a full-on country version of American Idol and it quickly became the longest-running cable tv competition series at that time.

The competition begins TOMORROW at 10/9c on @USA_Network. pic.twitter.com/Oq3vn913zz

This new show, Real Country, boasts a panel of superstar country music singers that have a massive catalog of classic hits, platinum records, and iconic performances between them.

This search for the next country music superstar is going to be filled with an incredible number of true country performances and their very first leaked performance is a red-hot testament to that.

Taking on Waylon Jennings‘ beloved outlaw hit “I Ain’t Living Long Like This,” powerhouse country trio Copper Chief absolutely nail it in a video we are keeping on repeat!

The 1979 chart-topper is one of Jennings’ best-known songs and Copper Chief pay tribute by keeping some of the best sounds from the original, but they added their own flair to it – and we can’t get enough of it!

With a background filled with western posters, these three mustachioed fellas truly take on the lifestyle of an outlaw-era band in this newly-leaked performance straight from the show.

Their harmonies are completely irresistible, their guitar licks are brilliant, and their whole sound combined is one that we fully expect to hear on the radio soon!