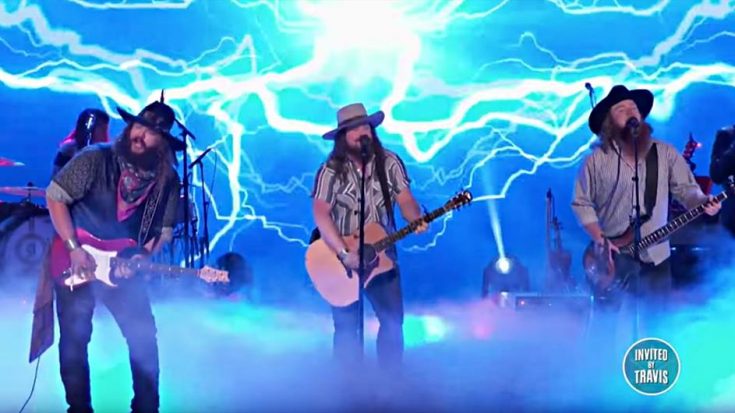 There’s a new kid on the block in the televised singing competition circuit, and that new kid is called Real Country.

Featuring judges Travis Tritt, Shania Twain, and Jake Owen, Real Country made its grand debut on the USA Network on Tuesday, November 13. And viewers quickly learned that this show is unlike any other they’ve seen before.

Prior to Real Country‘s kickoff, each of the three judges selected a group of artists they wanted to come play on the show. These artists then became members of their teams, though not in the way you’re used to seeing on The Voice.

All of the participants were revealed by Real Country prior to the first show’s airing.

Our #RealCountryTV panelists’ picks have been revealed! Check out our talent at the link in our bio.

Each week, contestants from different teams will take to the Real Country stage to perform. At this point, the judges have no control over who stays or who goes.

That’s all left up to the fans and the guest judge (who was Big & Rich in the first episode of the season), and their votes are tallied into a combined star ranking.

You’re looking at the guest judges on tonight’s premiere episode of @realcountrytv! Tune in TONIGHT at 10/9c on @usa_network 👍 #RealCountryTV

The act with the highest number of stars from each episode gets to move on to the finale. There, they’ll compete for the grand prize of $100,000 and a chance to sing at the Grand Ole Opry.

The first episode of the series pitted Twain’s pick, duo and real-life couple the Young Fables, against Tritt’s pick, Texas trio Copper Chief. Popular in their home state, the bearded bunch was hoping to strike it big as contestants on Real Country.

That’s exactly what they did, thanks to their scorching hot performance of a Dierks Bentley hit. The group performed his debut single “What Was I Thinkin’,” which was released in 2003 and became one of the biggest country hits of the decade.

Not only did the song top the Billboard Hot Country Songs chart, but it also made an impressive crossover to the all-genre Billboard Hot 100 chart, where it peaked at the 22nd position.

If you’ve listened to “What Was I Thinkin'” before, you know it has a bit of a rock vibe. But Copper Chief upped the ante with their rendition, leaning a bit more toward a heavy rock sound than Bentley ever did.

The result was a blazing performance that knocked the socks off of everyone watching. At one point Big & Rich could be seen holding their cups up in the air and while jamming along.

Based on that reaction, it should come as no surprise that when combined with the fans’ votes, Big & Rich helped make Copper Chief the winners of the episode. So you’ll see them again in the finale!

Until then, check out their red-hot rendition of Bentley’s hit song in the video below.