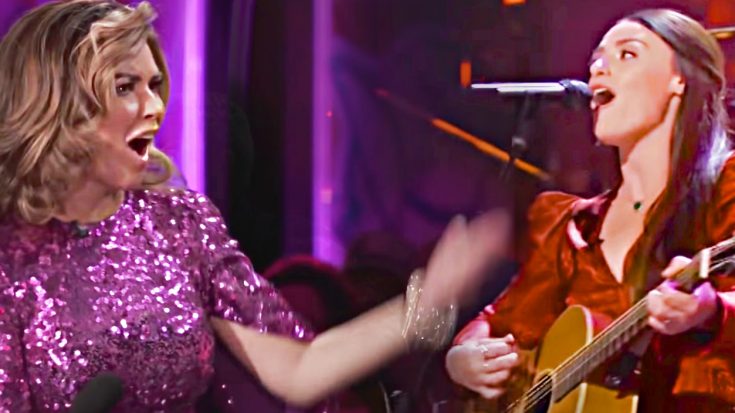 Fans have been waiting for the new musical competition show, Real Country to air. When it did, it did not disappoint. One group in particular wowed judges and fans with their bluesy, soul-filled performance of a classic Emmylou tune.

What Is Real Country?

While most voice competition shows focus on finding hidden-gems among thousands of hopefuls, Real Country cuts the line and gets straight to the chase. Each performer is a hand-picked up-and-coming artist that the panel thinks can make it in the industry.

From the heart of Nashville, #RealCountryTV is coming to @USA_Network on November 13.

The fans and celebrity judges pick who advances and the winner gets $10,000 and a slot at Stagecoach Country Music Festival. The panel is made up of country mega-stars, Travis Tritt, Shania Twain, and Jake Owen.

Each judge is looking for something special in their artists. Travis wants to “bring back traditional-sounding artists” while Shania is “interested in bringing back diversity to the genre” and Jake wants to find “artists that represent modern country music.”

For the premiere of Real Country – they had three artists compete with one of the best kind of country songs – drinking tunes. Shania’s pick was The Young Fables and they decided to go with a country classic.

Written by Delbert Mc Clinton, “Two More Bottles Of Wine” hit No. 1 on Billboard’s US Hot Country Songs when Emmylou Harris released it in 1978. The song tells of a lover who moves across the country only to be left by the one they moved for.

Having to find a job and never getting to live out the glittsy, glamorous Hollywood dream, the singer explains, “It’s all right ’cause it’s midnight/ And I got two more bottles of wine.”

Emmylou put her twangy vocals to the tune and all of North America fell in love with her and her song has had staying power within the country community.

From Maryville Tennesse, The Young Fables are an up-and-coming country duo that has worked with big names like Josh Turner, Sara Evans, and Randy Houser.

The couple decided to sing the tenacious Emmylou tune and the entire time, the judges were sending excited glances back and forth as they jammed out on stage.

The judges all had great things to say about the duo. Shania even told them that they are “pure soul.” You can watch their bluesy performance below and let us know what you think in the comments. Did they do Emmylou justice?