Laura Ingalls Had 3 Sisters: Here Are Some Facts About Them 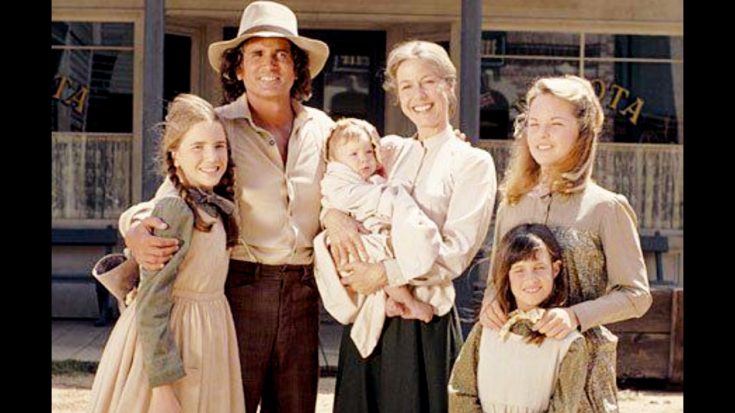 Laura Ingalls Wilder was the second child born to Charles and Caroline Ingalls, and went on to become the most famous member of her family. Though her parents and siblings were all known around the world because of Laura’s books about their lives.

The various members of the Ingalls family became even more beloved following the debut of The Little House on the Prairie TV series in 1974. But since the series focused on Laura most of the time, her siblings weren’t front and center.

Also, to make for good TV, the series was partially fictionalized. It included characters, events, and other happenings that weren’t part of the real-life Ingalls’ world.

So if you watched the Little House TV series or read the books and were left wanting to learn more about Laura’s siblings, look no further.

Here, we’ll introduce you to her three sisters: Mary, Carrie, and Grace, and talk about her baby brother who passed away before his first birthday.

Mary Amelia Ingalls was born on January 10, 1865 in Pepin County, Wisconsin. She was her parents’ firstborn child.

Mary lost her vision at the age of 14. Her family saved money for her to receive the specialized education she needed, and she graduated from the Iowa School for the Blind in 1889.

After she graduated, Mary moved back in with her parents in De Smet, South Dakota. Once they passed, she lived with her younger sister, Grace, for some time.

Mary passed away on October 20, 1928 at the age of 63 while visiting her other younger sister, Carrie. She never married or had any children.

Her final resting place is in the Ingalls family plot in De Smet, where she was buried next to her parents.

In her books, Laura said Carrie was frail child, and wasn’t in the best physical health. Laura recalled how the “Long Winter” of 1880-1881 was particularly hard on her younger sister.

As a young adult, Carrie traveled around the country in search of an easier climate, but always ended up back in South Dakota.

In their book Laura Ingalls Wilder: A Storybook Life, Janet & Geoff Benge stated that Carrie worked as a typesetter for the De Smet News and other newspapers in South Dakota.

Carrie was 41 years old when she married David N. Swanzey, who was known as one the people who helped scout locations for Mount Rushmore.

She never had any children of her own, though she was a stepmom to David’s two kids from his previous marriage (Mary and Harold). Her stepson, Harold, was one of the sculptors who worked on Mount Rushmore.

Laura heavily relied on Carrie as she wrote her books, and Carrie was happy to share her childhood memories with her. She also helped Grace take care of Mary in her later years.

Many people don’t know that Laura had a younger brother. His name was Charles Frederick, or “Freddy” for short, and he was born on November 1, 1875, in Walnut Grove, Minnesota.

Sadly, Freddy passed away on August 27, 1876 when he was only nine months old. According to the family Bible, he was buried in South Troy, Minnesota.

The reason why few people know about Freddy is because he is not mentioned in any of Laura’s Little House books. Though he was mentioned in her memoir, Pioneer Girl, and in an episode of the Little House TV series.

The youngest of Laura’s siblings, Grace Pearl Ingalls was born on May 23, 1877 in Manchester, South Dakota. Unfortunately, not much is known about her.

As Janet & Geoff Benge detail in Laura Ingalls Wilder: A Storybook Life, Grace became a teacher after she finished her schooling.

She married Nathan William Dow in 1901 at the age of 24. They had no children.

Later in life, Grace followed in her sister Carrie’s footsteps and got involved in the world of journalism. She served as a “stringer” (otherwise known as a freelancer) for several local newspapers in South Dakota. As mentioned previously, she also cared for Mary in the later years of her life.

Grace passed away on November 10, 1941 at the age of 64. Like Carrie and Mary, her final resting place was in De Smet.

Mary, Carrie, Freddy, and Grace…all four of Laura Ingalls’ siblings…and now you know more about them! Which details about their lives surprised you the most?