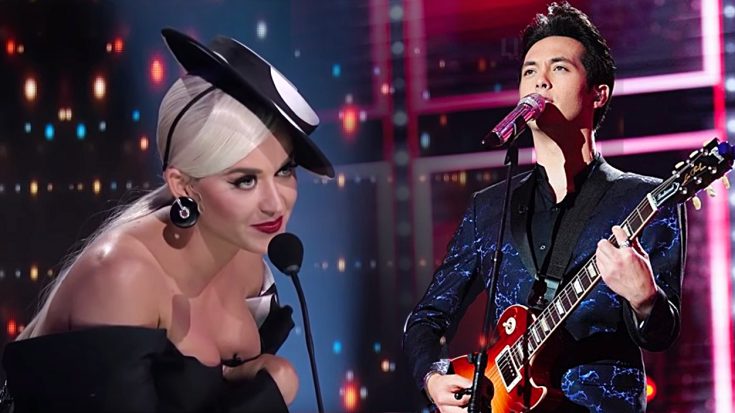 When it came to Season 2 of American Idol one thing was for sure – there was absolutely no lack of talent.

As each contestant showcased their unique sound and talent week after week, there were a few who stuck out above the rest. One of those being, the returning Laine Hardy. After a season of hard work and charming performances, it all paid off as Hardy was named the Season 17 winner.

Miss him already? Start your morning with Laine Hardy on Good Morning America and Live with Kelly and Ryan!

Laine Hardy of Louisiana returned for another season of the hit singing competition and proved that he was better than ever. Hardy originally had no intentions of auditioning for Season 2, but after the judges noticed him, they couldn’t help but pass off a golden ticket, and eventually winning the entire competition.

Who’s ready for tonight ?!? Get ready to vote! Comment what song you think I will be doing ? 😏

Throughout the competition, Hardy was known for singing swoon-worthy renditions of classic tunes. From Elton John’s “Something About the Way You Look Tonight” to The Beatles “Hey Jude,” he had the sound that American Idol has been searching for. So on May 19, 2019 when host Ryan Seacrest revealed that Hardy was the winner of the season – the judges and fans alike were over the moon.

But before Hardy was crowned 2019’s Idol winner, he had to fight for the title and trust us, he did not disappoint. Hardy took the stage to sing Sam Cooke’s “Bring It On Home To Me” – a song that he had previously sung in the competition. His raspy and rough vocals were the perfect fit for the jazzy tune as he captured the audiences attention from beginning to end.

Following his performances, all three of the judges were in awe of the young talent. As they commented on his style, sound, and personality it was clear they had high hopes for Hardy regardless of the outcome.

Check out Laine Hardy’s performance below.