Lady A Sings “If You See Him, If You See Her” – Reba & Ronnie Walk Out To Join 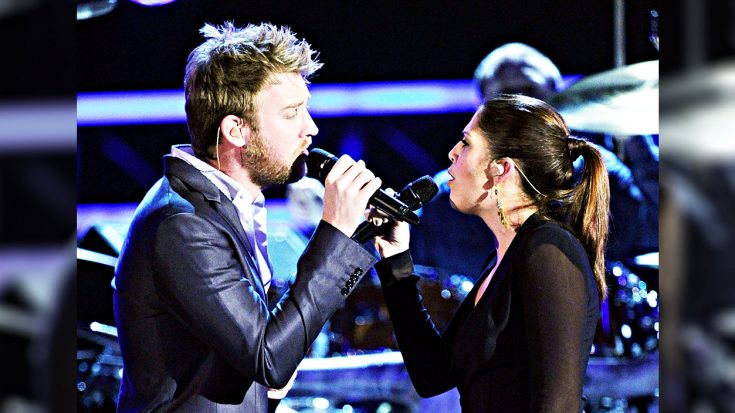 With flawless harmonies and melodies that rang out across the massive venue, this iconic song was brought to life by a whole new band that truly did the song justice.

Appearing at Brooks and Dunn’s farewell concert in 2010, Lady Antebellum performed a tribute to the great duo’s immense legacy that had every single fan on the edge of tears.

“If You See Him, If You See Her” has been a cherished country duet made famous by Brooks and Dunn and Reba McEntire. Their collaboration became the title track to each artist’s 1998 album and debuted at the No. 2 position on Billboard’s Country Albums chart.

Reba McEntire and Brooks & Dunn to launch residency, “Together in Vegas,” at The Colosseum at Caesars Palace June 24, 2015

Posted by NutsAboutCountry.com on Friday, December 12, 2014

As Hillary Scott and Charles Kelley serenade one another with this timeless duet, their voices soar across the speakers and blend in a way very few artists could achieve.

Beaming across the stage at Kix Brooks and Ronnie Dunn, the two continued singing this impressive ballad with every bit of themselves – but nobody watching was prepared for what came next.

The song moves into a musical interlude and the artists walk separate ways on the stage before a very familiar voice begins singing the next verse.

If You See Him, If You See Her cover by Lady Antebellum = Brooks and Dunn with Reba McEntire http://www.youtube.com/watch?v=g0KT01pw4Ds

Ronnie Dunn stands up with a microphone in hand, belting his very familiar line before you hear Reba’s voice follow it in an epic presentation that has all the artists standing center stage at the end!

Check out this amazing performance of this great country hit below!