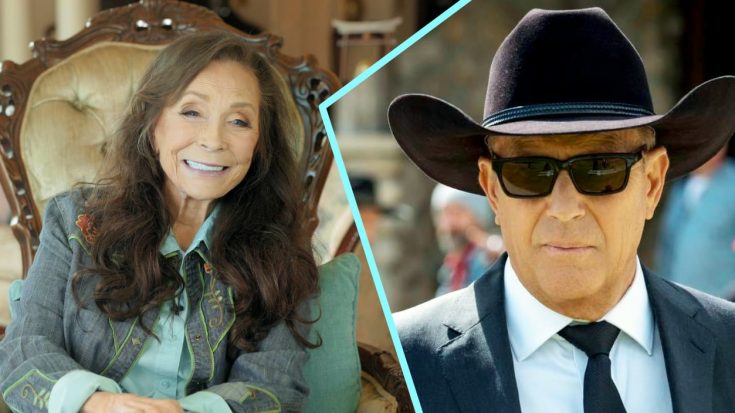 Kevin Costner is one of the most popular actors out there. He has starred in many unforgettable films, including Field of Dreams, The Bodyguard, and Dances with Wolves.

Currently, Costner plays John Dutton in the Yellowstone TV series. When he isn’t filming scenes for the series, Costner can be seen performing with his country/rock band Modern West on tour.

Since Costner is such a big fan of country music, he often rubs shoulders with some famous figures in the country music community. He sang with Tanya Tucker at a party years ago, and she treasures that memory.

In fact, Tucker once told Dan Rather that Costner would be the only man she’d ever marry. “There is one man I might marry,” she said. “One, I think in all of the world. Probably Kevin Costner…I just think he’s such a doll.”

But Costner has been married to Christine Baumgartner since 2004, and Tucker later found love with Craig Dillingham. Though we’re sure Tucker would still love to star in a film with Costner, since she told Rather that was on her “bucket list.”

Recently, the Yellowstone star paid a visit to another one of country music’s living legends…Loretta Lynn.

89-year-old Lynn was overjoyed that Costner stopped by for a chat. She spoke about their visit on Facebook, writing:

“Well, I felt like I was in a field of dreams this week when Kevin Costner came by to hang out with me for part of the day. He’s always been one of my favorites and I’m a huge fan. #crushing #bigfan #bucketlist.“

Costner likely swung by to see Lynn while he was in Tennessee to perform with Modern West. He and the band had a show at the Ryman Auditorium in Nashville.

While backstage, Costner spoke with Extra about Yellowstone’s upcoming fourth season. He didn’t spoil anything that happens, but did make it clear that things are about to get crazy on the show. Check out that interview below!