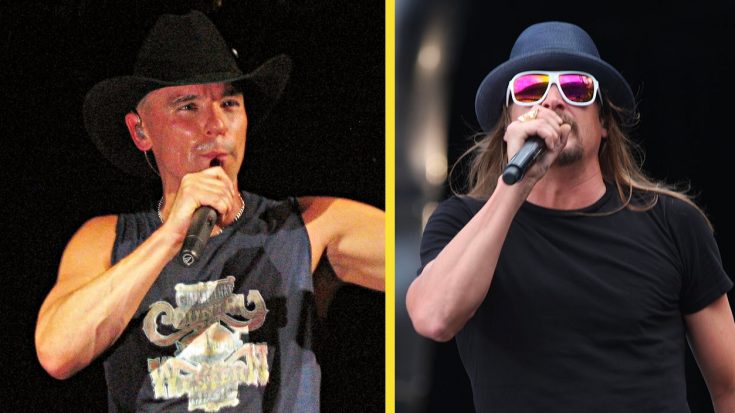 A tribute album dedicated to the late Waylon Jennings came out in 2003 called,  I’ve Always Been Crazy: A Tribute to Waylon Jennings featuring a slew of talented and well-known artists in multiple genres from rock to country.

In an awesome country-rock collab, Kenny Chesney and Kid Rock teamed up to sing Waylon’s “Luckenbach, Texas (Back to the Basics of Love)” for the tribute album.

The song “Luckenbach, Texas (Back to the Basics of Love)” was the first single from the album Ol’ Waylon and was released in April of 1977. The song reached number one on the country charts and maintained its position for a little over a month.

Waylon Jennings’ good friend and 1/4 of The Highwaymen, Willie Nelson lent his voice in the original recording of the song as part of the final refrain.

In Waylon’s autobiography titled, Waylon: An Autobiography, Jennings shared his feelings on the song stating: “I knew it was a hit song, even though I didn’t like it, and still don’t.” Waylon felt as though the song was successful due to the fact that “every state has a Luckenbach; a place to get away from things.”

In 2015, during a television special called Outlaw: Celebrating the Music of Waylon Jennings, Willie Nelson and the full ensemble of the show performed the hit song.

You can hear Kenny and Kid Rock’s tribute below!