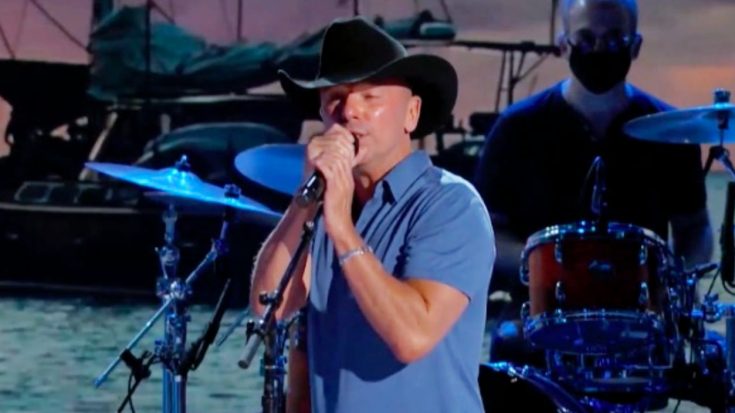 27 years after the release of his first album, Kenny Chesney is just as relevant as ever. He continues to score #1 and Top 10 hits, with two of those hits coming from his latest album, Here and Now.

Chesney took the album’s title track to #1, while another single, “Happy Does,” reached the second spot on the Country Airplay chart. Both of those songs were released in 2020, as was the album itself.

In February 2021, Chesney made the decision to release “Knowing You” as the third single off of the album:

“Knowing You sounds like coming home in a lot of ways,” Chesney said in a post on Instagram. “This is the essence of all the music that country is. When you hear it, something inside tingles, because it’s more than production tricks, the guitars, or how hard the drums hit. It’s just so pure. Country at its very best is true, it’s from the heart. This song is just that… it’s all heart.”

He went on to release the track’s official music video in March, and it’s already nearing three million views.

So when Chesney signed on to perform at the 2021 ACM Awards on Sunday night (April 18), it made sense that he chose to share a performance of “Knowing You.”

Chesney delivered his performance from the Grand Ole Opry House. The stage was lit in blue hues, creating an ocean-like feeling. Giant screens displayed scenes from the “Knowing You” music video behind Chesney and his band.

After Chesney finished singing, the screens displayed photos of artists and industry members who have recently passed away. The last person honored in the short slideshow was Charley Pride, who we lost on December 12, 2020.

In addition to singing “Knowing You,” Chesney later sang “half of my hometown” with Kelsea Ballerini, who recently released the song as her newest single. But if you’re just interested in watching his solo performance of “Knowing You,” you can catch it in the video below.

Chesney is a seasoned pro by now when it comes to performing at awards shows!