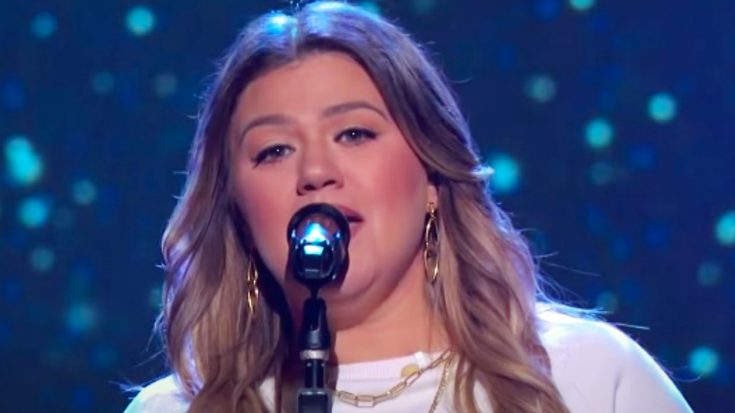 Reba McEntire and Kelly Clarkson have been best friends for years. Then, they became family when Kelly married Reba’s stepson, Brandon Blackstock.

The two singers have continued to maintain a close relationship, even after Reba and her husband Narvel Blackstock divorced in 2015. Kelly and Brandon separated in 2020, and their divorce was finalized in 2022.

Kelly has been open about how difficult things have been for her since she and Brandon separated. But through it all, she’s been able to rely on music to help her cope.

For an episode of her talk show The Kelly Clarkson Show, Kelly performed one of Reba’s famous songs about heartache. Titled “How Blue,” Reba released the tune as a single in 1984. It became the third #1 hit of her career.

The song has Reba singing about the pain of being alone after losing the one she loves. As she sings:

“How blue can you make me? How long ’til I heal? How can I go on loving you when you’re gone? How blue can I feel?“

Considering everything Kelly has been through, a song like Reba’s “How Blue” surely resonates with her. Since she has experienced the heartbreak Reba sings about, Kelly was able to bring out those emotions in her performance.

Her cover was powerful. It should speak to anyone else who has ever lost the one they once loved.

Watch Kelly sing Reba’s “How Blue” in the video below. We’re sure Reba would be proud of her rendition.