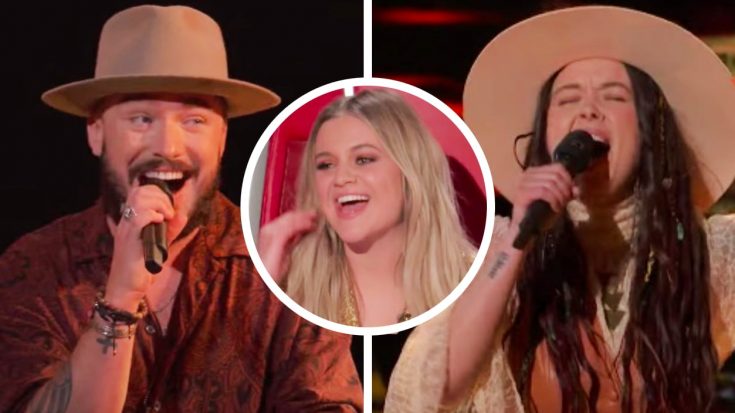 In 2020, Nathan Apodaca became an internet sensation when he uploaded a video of himself on TikTok. The video showed Apodaca riding his skateboard while listening to Fleetwood Mac‘s “Dreams” and drinking a whole bottle of cranberry juice.

This short clip changed Apodaca’s life. After the video went viral, Apodaca was able to put a down payment on a house so he could move out of the RV he was living in at the time.

In January 2021, Apodaca was a guest on The Kelly Clarkson Show. To mark the occasion, Clarkson delivered a cover of “Dreams” during the “Kellyoke” segment of the show.

Because of Apodaca’s video, “Dreams” has experienced a huge resurgence in popular culture.

Unfortunately, Clarkson was sick when they were filming the battles, so she wasn’t able to see their performance in person. She had country singer Kelsea Ballerini fill her seat and trusted her to make the right decisions on who to keep and who to send home.

Ballerini certainly had a hard choice to make following Ward and Woods’ battle. They both brought their A-game to their cover of “Dreams,” making it difficult for Ballerini to pick a winner.

In the end, she named Ward as the winner, and Woods believed she was going home. But as Woods started to walk off the stage, Ballerini stopped her in her tracks when she pressed the “save” button.

Each Voice coach gets the chance to use just one “save” during the battles. When they save an artist, they send them into a four-way knockout round, in which they’ll compete against the saved artists from the other teams.

Woods was understandably relieved to see that Ballerini had faith in her talent and chose to save her. After hearing her sing “Dreams,” we understand why Ballerini didn’t want to let her get away!

Tune in to the video below to watch Ward and Woods sing “Dreams.” Both of them get the chance to sing another day!