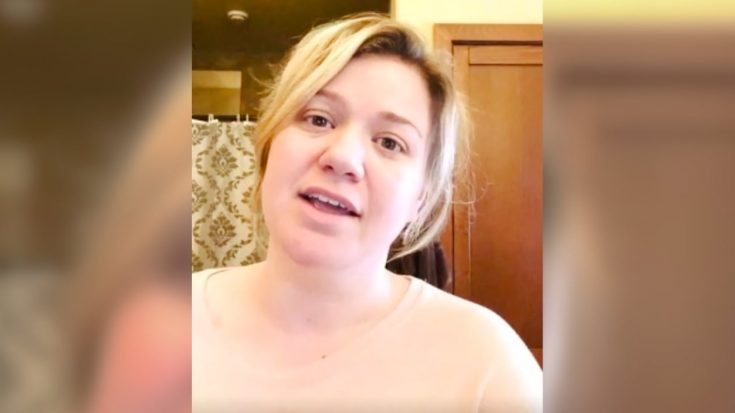 In 2020, everything was put on hold due to the COVID-19 pandemic. Concerts were postponed, restaurants were closed, and people canceled their weddings.

Many TV shows were forced to halt production. One program that went on hiatus was The Kelly Clarkson Show, a daytime talk show hosted by singer and Voice coach Kelly Clarkson.

Clarkson announced on March 13, 2020 that production on her talk show “was temporarily shut down.” She also said she was postponing her Las Vegas residency, which was originally scheduled to kick off on April 1, 2020.

Clarkson and her family decided to go to their cabin in Montana, where they quarantined for quite some time But even though Clarkson couldn’t get to the studio to film her talk show, she still kept her fans entertained with “Kellyoke” covers.

During each episode of The Kelly Clarkson Show, Clarkson performs a cover of another artist’s song during a segment she has dubbed “Kellyoke.” No genre seems to be off-limits, though country is clearly a favorite of hers. She has performed “Kellyoke” covers of songs by Carrie Underwood, Garth Brooks, and Lee Ann Womack, just to name a few.

Knowing that fans would miss “Kellyoke,” Clarkson began sharing a cappella cover performances from the safety of her cabin’s bathroom. She started things off by singing Mariah Carey’s “Vanishing.”

For Clarkson’s second quarantined “Kellyoke” session, she opted to honor Kenny Rogers, who passed away on March 20, 2020.

“I was planning on doing [a different song],” she said, “and then Kenny Rogers passed and I thought I would honor him. What a beautiful man. Beautiful songwriter. Beautiful singer. Actor. He did all of the things.”

Clarkson said she wanted to sing her “favorite” song of Rogers’, which is 1977’s “Sweet Music Man.” It’s the same song that Vince Gill, Marty Stuart, and Brad Paisley sang at the Opry in tribute to Rogers on March 21, 2020.

You can see her performance below.

This goes to show that all the glitz, glam, and production isn’t always needed for an artist to deliver a meaningful performance. With no makeup on and the bathroom as her stage, Clarkson pulled off a heartfelt tribute to Rogers that people will treasure for years to come.