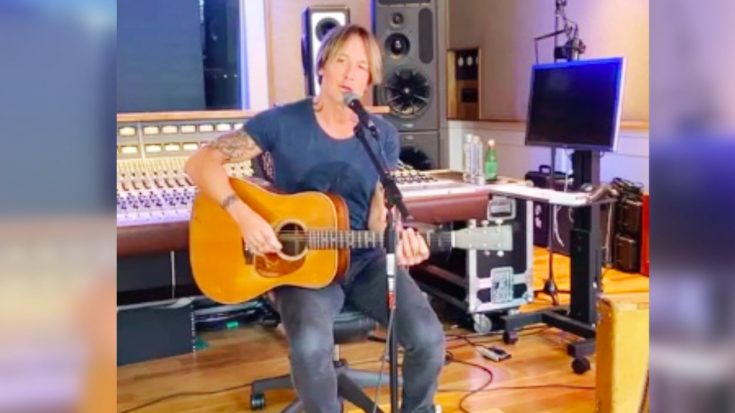 In 2020, Country artists’ spring concerts were all postponed or cancelled due to the COVID-19 pandemic. But the power of the internet gave those artists the chance to keep entertaining their fans and keep the music going.

Keith Urban was one of the first artists to hop online and host a livestream “concert.” From the safety of his own warehouse, Urban delivered an online performance that people could watch from anywhere in the world.

He was also joined by his wife, actress Nicole Kidman.

Since Urban’s first “Urban Underground” concert, a number of other artists hosted livestreams to entertain their fans.

Brad Paisley sang duets with Tim McGraw and Carrie Underwood during a livestream he hosted. Garth Brooks and Trisha Yearwood took fan requests for a Facebook Live concert of their own, and millions tuned in to watch.

The same day that Brooks and Yearwood sang for millions of fans, Urban hosted his second “Urban Underground” show. He played for a little while before stopping to recognize a country legend who recently passed away…Kenny Rogers.

Rogers’ family took to his social media accounts to announce the Country Music Hall of Famer had passed away on March 20, 2020 at the age of 81.

A number of artists went on to honor Rogers by singing covers of his songs. One of the most emotional covers came from Vince Gill, Marty Stuart, and Paisley, who sang “Sweet Music Man” at the Opry in his honor.

“Sweet Music Man” is a song many have turned to in order to honor Rogers at this time. But during his “Urban Underground” concert, Urban opted to sing “The Gambler” instead.

Arguably known as Rogers’ most iconic song, “The Gambler” topped the Hot Country Songs chart following its release in 1978. It’s a song that has been passed on through generations, and is a favorite of Urban’s.

“I grew up playing a lot of his music…and, I mean, it’s hard to narrow down to one song…and I wanted to do this one, probably the most iconic around the world,” Urban said as he introduced “The Gambler.”

Before he sang, Urban encouraged everyone at home to sing along. We’re sure there were thousands of people around the world belting out “The Gambler” in their living rooms at that moment!

You can watch Urban honor Rogers with his performance in the video below. Feel free to watch the whole concert, or skip to the 15-minute mark to get straight to his cover of “The Gambler.”

Rogers may be gone, but his legacy will always live on as long as people like Urban continue to share his songs.