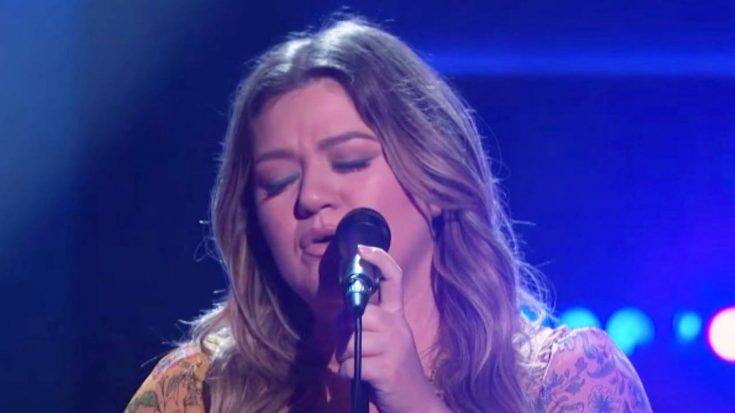 In 1992, Trisha Yearwood released “Walkaway Joe” as the second single of her album Hearts in Armor.

In recent years, the music video for “Walkaway Joe” has become trending news because of the actor who starred in it almost three decades ago. The actor was a then-unknown Matthew McConaughey, who is now a household name!

Over 28 years after its release, Kelly Clarkson gave her own take on the song, which peaked at number two on the Billboard country charts, during her “Kellyoke” segment for her March 18th show.

However, this wasn’t actually the first time Clarkson ever performed “Walkaway Joe.” She previously performed it at a concert on August 8, 2012 in Georgia.

Clarkson is a known Trisha Yearwood fan and collaborator. They previously sang a duet on The Kelly Clarkson Show last year.

Clarkson even sang on Yearwood’s most recent album Every Girl on a song called “Tell Me Something I Don’t Know.”

On her March 18th show, Clarkson paid tribute to her longtime friend and performed “Walkaway Joe” for her virtual audience. Wearing a floral dress, Clarkson stood in front of her band Y’all, and sang the country ballad with ease.

Watch her performance below.