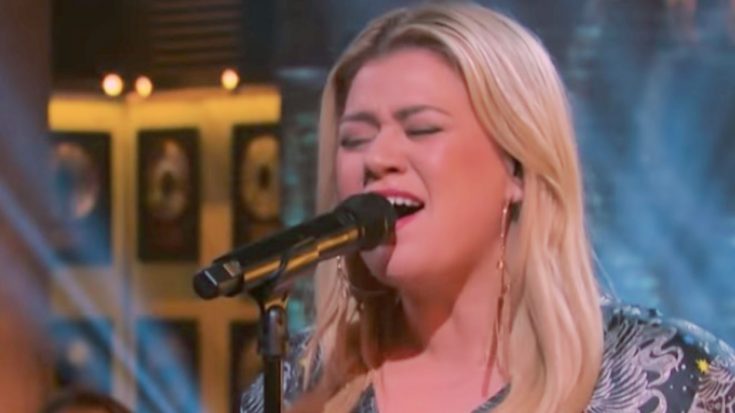 Beginning on September 9, 2019, Kelly Clarkson began gracing our televisions every day thanks to her daytime talk show The Kelly Clarkson Show. She kicks off every show with a fan-favorite segment called Kellyoke, where she sings covers of popular songs.

While Clarkson is “classified” as a soulful pop singer, she really can sing anything and her Kellyoke song choices prove that.

She has covered songs in every genre including pop, R&B, rock, and even country! Check out a few of them below.

Her Kellyoke for her December 10, 2019 show has to be one of her best yet! She sang Janis Joplin’s version of “Piece Of My Heart,” which was originally sung by Erma Franklin in 1967. Many other singers have performed this song including Faith Hill.

For most songs, Clarkson begins at the top of her stairs, but for this one. She started center stage and stood in front of her audience for the entirety of the song. Not even two lyrics in, she showed off her gritty vocals to this rock song that made us wonder, “Why hasn’t she recorded her own version?”