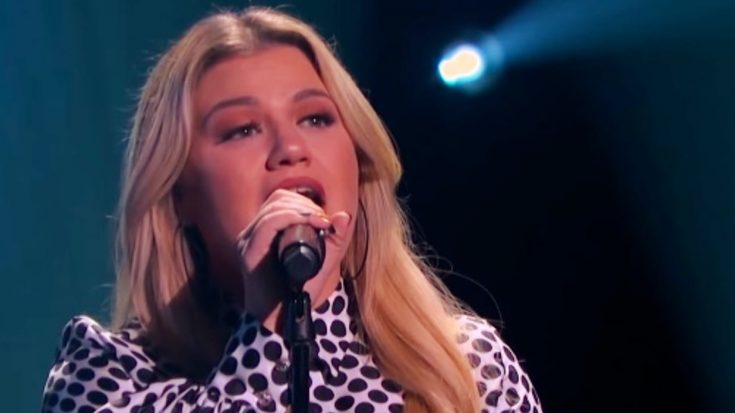 “Can’t Falling in Love” is one of few songs that can be defined as “timeless.” The track, which was first recorded by Elvis Presley in 1961, has been beloved by generations.

Elvis recorded the song for the film Blue Hawaii, in which he played a character named Chad Gates. He performs the song in the movie when he arrives home from serving in the Army.

Chad sings “Can’t Help Falling in Love” for his girlfriend, Maile, and her grandmother, calling it “a European love song.”

Elvis’ rendition of the song was a smash success, and went on to claim the #1 spot on the Easy Listening chart in the U.S., where it remained for six weeks.

Other artists were quick to follow in Elvis’ footsteps, and covers of “Can’t Help Falling in Love” soon started popping up like weeds. One of the most notable covers was recorded by reggae band UB40, which topped multiple charts.

Now, Kelly Clarkson can add her name to the list of artists who have covered “Can’t Help Falling in Love.”

For each episode of her talk show, The Kelly Clarkson Show, Kelly includes a segment she has dubbed “Kellyoke.” During the segment, Kelly performs her own renditions of other artists’ songs.

She has covered tracks from all genres and artists, such as Aerosmith, Lady Gaga, and Carrie Underwood.

Sometimes, Kelly stays true to the song’s original arrangement and doesn’t change it up much. Other times, she will alter the arrangement to take on a new style that’s entirely her own.

That’s exactly what she did with her rendition of “Can’t Help Falling in Love.” She slowed the song down significantly, and gave it a bluesy, jazz-club vibe.

It would be easy to go on describing Kelly’s performance, but we think it’s best if you witness it yourself. Check it out in the video below.

We think her performance is quite enchanting!