Just Before Her Death, Patsy Cline Said “Sweet Dreams” Was Her Final Song 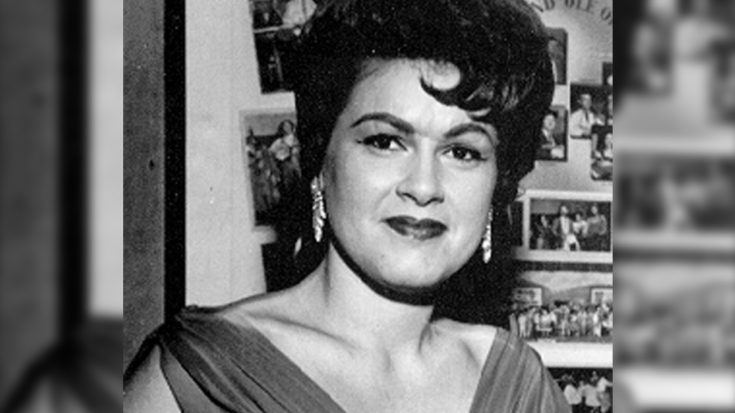 In the early ’60s, female country legend and vocal powerhouse, Patsy Cline was working on her upcoming album, Faded Love, and had begun to finish the recording sessions in preparation for its launch.

On March 3rd, 1963, Cline finished performing a benefit at the Soldiers and Sailors Memorial Hall in Kansas City, Kansas for the family of an industry friend. Following the concert, she was unable to fly out due to foggy conditions.

Don with Patsy Cline who put "Sweet Dreams" on the map. pic.twitter.com/K5mxU80u

The next day, Cline’s friend and fellow country artist, Dottie West, asked her to ride in the car with her and West’s husband instead, but Cline dismissed the offer saying, “Don’t worry about me, Hoss. When it’s my time to go, it’s my time.”

Just a day later, Cline’s plane faced horrible conditions and the pilot was not trained to use the instruments aboard – instead relying on visual flight rules for navigation. These rules were not suited for the torrential downpour facing the flight, and Cline’s plane crashed nose-first into a forest outside of Camden, Tennessee killing all passengers.

The chilling foreshadowing Cline had presented to Dottie West wasn’t the only time she had predicted her death in recent weeks. When the country star was in the midst of recording what would be her first posthumous single, “Sweet Dreams,” she made a chilling announcement that has haunted some people to this day.

Remembering Patsy Cline who died this day in 1963 in a small plane crash while on tour, which also killed hillbilly stars Hawkshaw Hawkins & Cowboy Copas. She was only 30 years old. Here is Patsy performing "She's Got You" live on TV Feb 7, 1962, one year before her tragic death. pic.twitter.com/HVap4tNiMQ

According to Howard, Cline raised a copy of her very first album in the air, gesturing toward the album and the recording booth (referencing the new tracks), and said “Well, here it is…the first and the last.”

Of all the tragedies in music history, there has not been another artist so open and clear about possible predictions of their death.

The world truly misses Patsy Cline, and over five decades after her death, she still remains an unforgettable classic.

Listen to the stunning performance of “Sweet Dreams” in the video below that she had dedicated as “her last.”