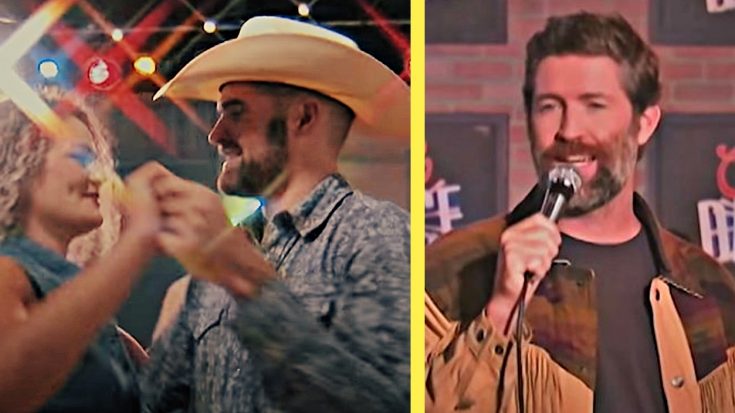 Country star Josh Turner is taking fans back in time after releasing a new video showcasing his version of Vern Gosdin’s “I Can Tell By the Way You Dance.” The clip has a nostalgic feel that recalls the country music dance series Club Dance, which ran through the 1990s on The Nashville Network.

“For me, it just felt like such a timeless song you could sing this song fifty years from now and it would still be relevant,“  Turner said in a video. “I’ve learned so much about singing from [Vern Gosdin]…this song has just always been calling to me saying ‘please update me and put some new production on me and give me a rebirth.'”

In the new music video, which was filmed at The Nashville Palace, Turner and his band are dressed in 90s era country-style clothing and performing the song in front of a crowd of two-stepping dancers. Old clips of Club Dance were also inserted into the video.

Check out the music video below.