Marty Robbins Had 2 Children….And They’re Both Singers Too 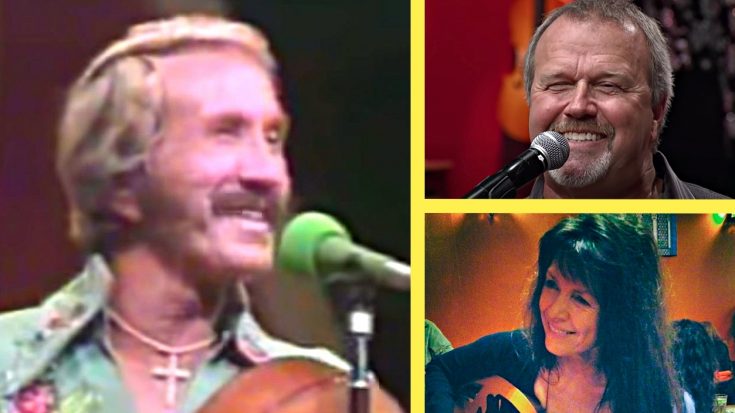 The Country Music Hall of Fame member also had two children, Ronny and Janet, who began to explore their own musical talents and ambitions after his passing on December 8, 1982, from a heart attack.

Ronny carried on his father’s legacy by performing as a country artist and by covering his father’s songs such as “Don’t Worry ‘Bout Me.”

Ronny performed during the 1970s under the name Marty Robbins Jr., and Columbia Records released his debut album in 1969. He eventually stopped making music and touring in order to take care of the family business, Marty Robbins Enterprises.

Marty’s daughter Janet was born in January of 1959. In the early ’90s, she ignored her dad’s advice about avoiding the music business and pursued her dream as an independent rock artist.

In 1991 Janet visited Glastonbury, in Somerset, United Kingdom, and according to her bio, Janet was “captivated by the music of the tumultuous sixties and the British prog scene of the early seventies.” With those influences in mind, she “developed her sensibility to weave the textures of her classical music training with the turmoil, art, and theatre of that era.” She currently lives in Ashville, North Carolina where she continues to create music.

Clearly, both Ronny and Janet were influenced by their father’s incredible musical talent. Listen to Marty Robbins perform his song “El Paso” in the video below.