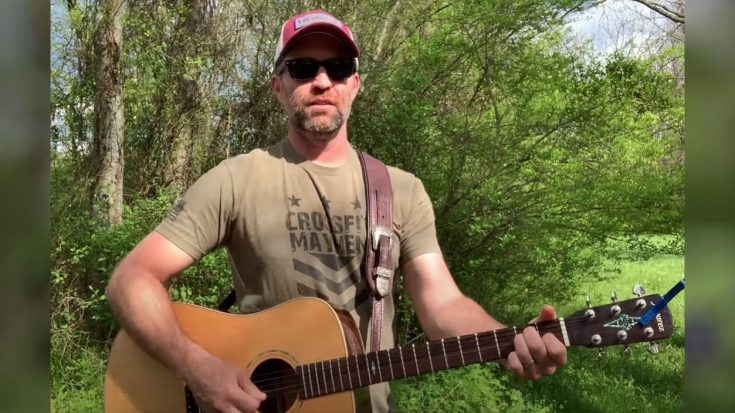 Who better to cover Johnny Cash’s “Folsom Prison Blues” than Josh Turner? With his deep and mesmerizing voice, combined with a single guitar in his backyard, Turner sings this classic song in a way that true country music fans will appreciate.

His Johnny Cash cover is the 4th video of his new YouTube series “Keepin’ it Country” where Turner performs songs of artists that he refers to as his “Mount Rushmore” of country music. The term “Mount Rushmore” has come to signify the greatest or most influential people in a particular field of work.

In another video from the series, Turner covered the song “Seminole Wind” originally written and performed by his good friend and mentor, John Anderson.

He’s one of the best vocal stylists we’ve ever had in this business and he’s one of a kind. This John Anderson song is one I normally don’t cover.#seminolewind#keepinitcountry#johnanderson#joshturner#mountrushmoreofcountrymusic

In the video of him singing “Folsom Prison Blues,” Turner tells fans,

Then with a little smile he adds,

“So I figured I’d play a Johnny Cash song that had to do with mandatory social distancing.”

Check out the video below to listen to it now!