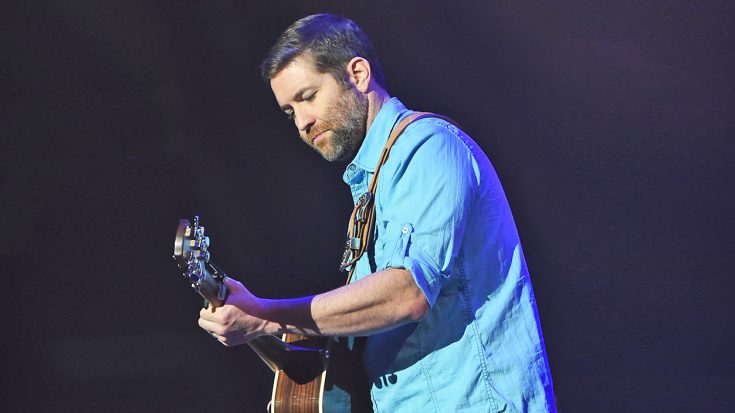 When news broke that Daryle Singletary had passed away on February 12, 2018, the entire country music community was in shock. While many country singers looked up to Singletary, it seemed Josh Turner was taking it the hardest – at least based on his social media posts.

“Rough morning for me,” he wrote on Twitter that day. “One of my favorite singers, Daryle Singletary, has passed away this morning unexpectedly.”

He also explained to his over 500,000 followers that Singletary was actually the person who told him to move to Nashville to pursue a country music career.

Rough morning for me. One of my favorite singers, Daryle Singletary, has passed away this morning unexpectedly. He’s the one who convinced me to move to Nashville. Praying hard for his family✝️Love you Daryle

Since his passing, Turner has mentioned him a few times on social media, including on March 15 when he shared a photo of the two from the night they met back in 1996 when Singletary convinced him to move to Nashville. He also shared a signed photo of Singletary and the ticket stub from the concert that night.

#TBT The night Daryle Singletary advised me to move to Nashville. He opened for George Jones that night at the Florence (SC) Civic Center. Feb. 18, 1996 pic.twitter.com/3matwhY2T7

While every performance was fantastic, one that stood out to us was Turner’s. He performed Singletary’s 1996 hit song “Amen Kind Of Love.” As the “Long Black Train” singer walked out, you can see something in his hand.

Josh performed at the Daryle Singletary tribute tonight and shared with the crowd the picture Daryle signed for him and the ticket stub from '96 when Daryle opened for George Jones. (It's on the floor in front of him). He sang Amen Kind of Love. – Team Josh pic.twitter.com/lbESC5LZyY

He told the story about the significance of the autographed photo of Singletary, as well as the ticket stub, from the show in 1996, and let everyone know that that’s what was in his hand. He wanted his hero to be on stage with him in some way.

Turner’s rendition of “Amen Kind Of Love” stayed very true to the original, not even changing the key to be comfortable in his low, baritone voice. We think Singletary would have loved his performance.