You Missed A History-Making Duet During Opry’s Special Night 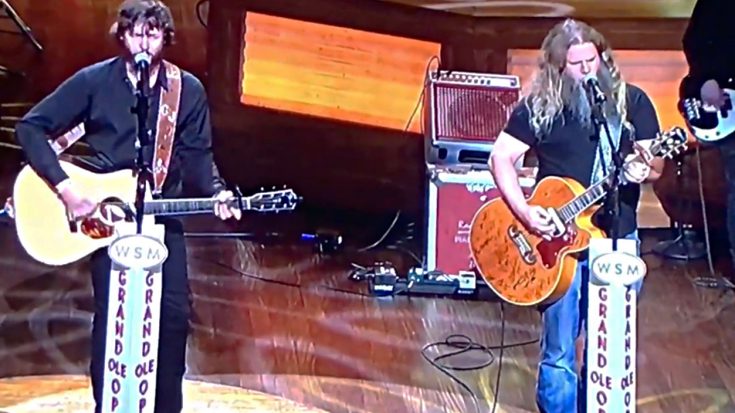 The world-famous Grand Ole Opry was in for a special treat after welcoming its newest member to the stage and witnessing one of the most powerful duets delivered in honor of Merle Haggard.

The special occasion was a celebration of country singer Chris Janson‘s first night on stage as an official Opry member, but there was far more in store for the audience than they anticipated!

Janson, who was inducted to the Opry on March 20th, 2018 with the help of country music legend Garth Brooks. While he has performed more than 100 times on the Opry stage, his recent duet with Jamey Johnson was his first night as an official member.

Sharing a video of himself and Johnson paying tribute to Merle Haggard, Janson poured his heart out in a caption, saying what a hero he was to both of them.

“Me & Jamey Johnson tonight at the Opry singing tribute to our hero, Merle Haggard. Perfect way to end my first night as [an] Opry member.”

Together – both Janson and Johnson issued a sweeping and powerful duet performance of Haggard’s song, “Footlights.”

At the very beginning of the video, as Johnson begins the song – the audience instantly recognizes the song and lets out a few hoots and hollers in appreciation of this surprise duet tribute.

Watch this freshly-minted piece of Opry history below and share your favorite Merle Haggard song with us!

Me & Jamey Johnson Tonight at the Opry singing tribute to our hero, Merle Haggard. Perfect way to end my first night as an Opry member. #footlights