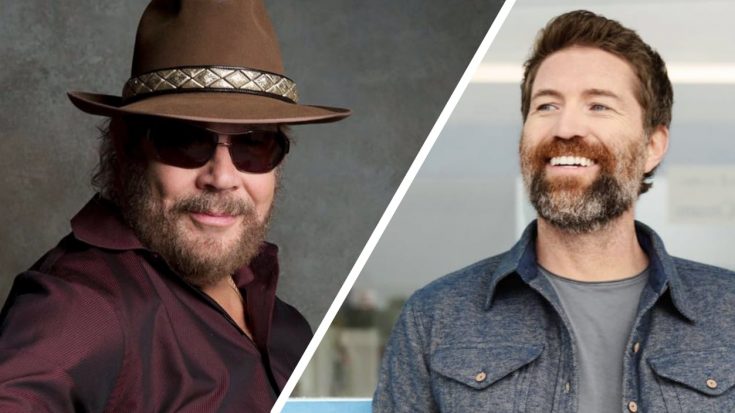 On Wednesday (June 17), Josh Turner announced he’s releasing a new album on August 21 called Country State of Mind. The album contains covers of songs by some of Turner’s favorite artists and role models, including Randy Travis and John Anderson.

I’m excited to reveal the cover for my new album COUNTRY STATE OF MIND out August 21st. You can pre-order at the link in my bio.

Many of the tracks are also collaborations. Anderson duets with Turner on “I’ve Got It Made,” while Travis is named as a “special guest” on the recording of “Forever and Ever, Amen.” Travis’ contribution is especially noteworthy, because it’s from his first recording session since 2013.

Janson lends his vocals to the album’s title track, “Country State of Mind,” which was originally recorded by Hank Williams Jr. Williams also co-wrote the song, which went on to claim the #2 spot on the U.S. Hot Country Songs chart in 1986.

Since “Country State of Mind” is the title track of Turner’s upcoming album, he decided to release it early. The full audio clip can be found on Turner’s YouTube channel, or in the video below.

Listening to Turner and Janson sing will certainly put you in the “Country State of Mind.” After hearing this, y’all will be anxious to get your hands on Turner’s full album when it drops in August!