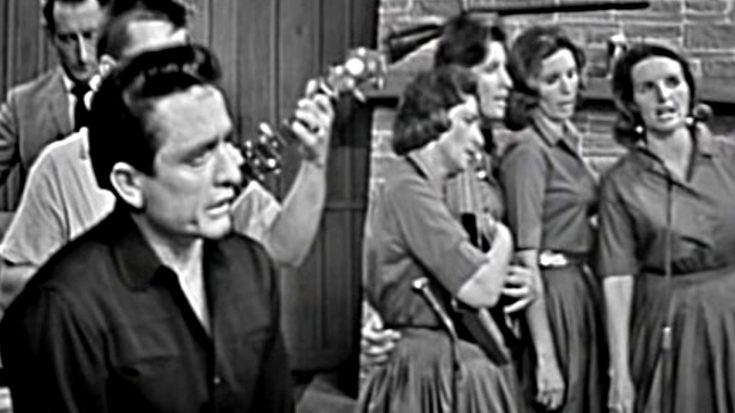 History Behind The Hymn

The hymn we now know as “Were You There (When They Crucified My Lord)” has been around longer than you could probably imagine. First printed in William Eleazar Barton’s Old Plantation Hymns in 1899, it is believed that it was composed by slaves at some point in the 19th century.

Decades later, the song was placed in the Episcopal Church hymnal. This placement made it the first-ever spiritual included in an American hymnal collection.

The song centers on the crucifixion of Jesus, with the narrator passionately addressing the listener. In certain lines, the narrator details the pain Jesus must have endured on the cross, singing in part, “Were you there when they pierced him in the side? O sometimes it causes me to tremble! tremble! tremble!”

“Were You There” has taken on many forms and has varied lyrically over the years, but one thing remains the same. It is still a beloved hymn, which makes it a popular choice for musical artists to record.

We’re sure y’all are quite familiar with at least one artist that offered his voice to the song. Johnny Cash often performed the song live, and one recorded version of it was featured on the live album Johnny Cash at Madison Square Garden.

Cash constructed his own arrangement for his version of the song, which he often performed with the Carter Family. If you want to watch the brilliance of that unfold, just take a look at the video below.

Back in 1962, Cash and the Carter Family appeared on the set of a television show to sing “Were You There.” Their performance, captured in stunning black and white footage, eventually resurfaced online a few years ago.

The arrangement places Cash at the lead, as he channels raw emotion through his voice every time he sings of the pain Jesus endured on the cross. As heart-wrenching as the song is to listen to, it is also beautiful, thanks to the sweet harmonies offered by the Carter ladies.

Anita Carter shines magnificently in this performance as the other main soloist other than Cash. Her light, angelic voice floats in the air, providing a gorgeous addition to the performance.

Enough talk, it’s time for you to witness this performance with your own eyes and ears. Go ahead and watch it in the video below.

Whether it be from the passion or the sheer beauty, you are likely to find yourself weeping by the time the video is through.