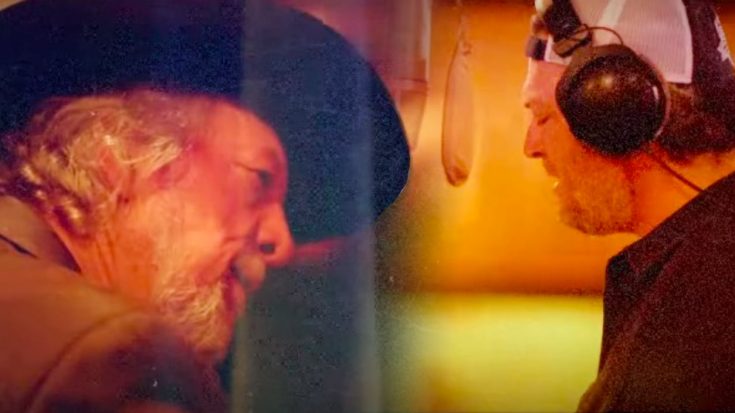 On April 10, 2020, country legend John Anderson dropped his newest album. Titled Years, the project contains ten tracks, all of which were co-written by Anderson himself.

The record’s release comes after a trying time in Anderson’s life. The “Seminole Wind” singer experienced a serious health scare a few years back, and hadn’t released a new record since 2015.

After recovering, Anderson felt it was important to get back in the studio and give his new album his all:

“We went in the studio, and I remember saying, ‘I’m going to do this like it might be my last,'” he told CMT. “It still could be, but now the chances of that are getting slimmer and slimmer every day. I’m doing better so I’m not hardly thinking that way anymore.”

Anderson previously shared the album’s title track, “Years,” on January 17, 2020. A little later, fans had the chance to hear another song from the album, and this one is a collaboration.

Titled “Tuesday I’ll Be Gone,” the song is a duet between Anderson and his good friend, Blake Shelton. Shelton considers Anderson to be one of his greatest inspirations, and has toured with him on his Friends & Heroes Tour.

Both men sing of being wandering spirits who want to hit the road and leave all of their worries behind. As they sing in the second verse, “It don’t matter which way or what direction, long as I am freedom bound.”

As for the arrangement, the song is as country as can be, with plenty of steel guitar and fiddle heard throughout. It’s exactly what you’d expect from someone as traditional as Anderson.

In a post on Instagram, Shelton wrote it was “so special” to record the song with Anderson. This is once piece of his catalog he’s sure to always treasure.

Tune in below to catch the official music video for Anderson and Shelton’s duet, “Tuesday I’ll Be Gone.”