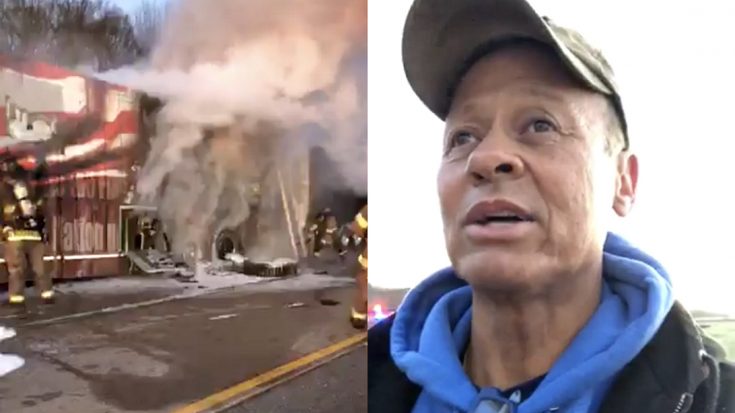 ’90s hitmaker Neal McCoy was traveling through Louisiana early Saturday morning (February 8) when his tour bus erupted in flames. McCoy went live on Facebook shortly after the fire started to share the news with his fans. Thankfully, the “No Doubt About It” singer and his crew were safe.

“Our bus is burning to the ground,” McCoy said as he broadcast from the side of the highway near Mansfield, Louisiana. “This is our lifeline that is going down the drain.”

When McCoy first went live, fire crews had yet to arrive on the scene and the bus is seen engulfed in flames as it sat on the side o the road. At one point an explosion can be heard.

Fire crews and emergency personnel responded and battled the blaze. After the fire was somewhat contained, Neal approached the bus and gave viewers a closer look at the fire damage. While the bus was a total loss, the fire was somewhat under control before it reached the trailer that held all of the singer’s equipment.

McCoy said he’s had the bus for at least 12 years and has been the backdrop for many of his daily recitations of the “Pledge of Allegiance.” For more than four years, roughly 1400 consecutive days, Neal has started the day by reciting the pledge. After Saturday morning’s bus fire, Neal asked the firefighters, first responders, police officers and volunteers who helped fight the fire to join him for the pledge.

Neal McCoy was en route to a concert scheduled for Saturday night in Alexandria, Louisiana. The show will go on as scheduled.

See footage of Neal McCoy’s bus fire in the video below.