Wynonna Judd & Grateful Dead’s Bob Weir Sing “Why Not Me” 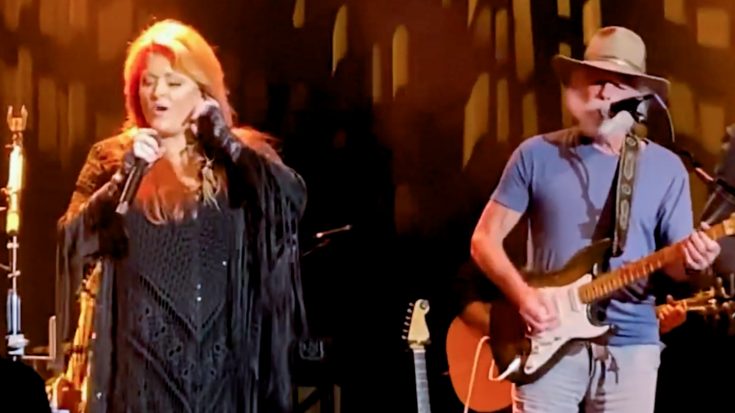 One of the best-known and most famous female singers from the country music renaissance in the 80s and 90s, Wynonna Judd, just hit the stage with Grateful Dead’s own Bob Weir for a reworked take on The Judds’ hit song “Why Not Me.”

Appearing at the historic Fillmore venue in San Fransisco on Thursday, February 6th, 2020, Wynonna Judd and her band The Big Noise held a fully loaded concert with over 1,000 of her fans. They were joined for this special occasion by none other than Bob Weir.

Together, Wynonna, her band, and Weir all collaborated on a revamped version of her 1984 duet with mom Naomi Judd, “Why Not Me?”

The song, which was the title track to their album, soared to the #1 chart position on Billboard’s US Hot Country Songs chart that same year and peaked at #3 in Canada. Ever since, it’s been lauded as a classic country song and known around the world.

This special collaboration was put together to celebrate the release of Wynonna Judd & Bob Weir’s brand new single “Ramble On Rose.”

Beyond “Why Not Me?” the group of musicians also ran through a few Grateful Dead covers and other Judds hits.

Check out their collaboration on “Why Not Me?” below and let us know what y’all think!