Jimmy Buffett’s Inspiration For ‘Margaritaville’ Was A Woman Named Victoria 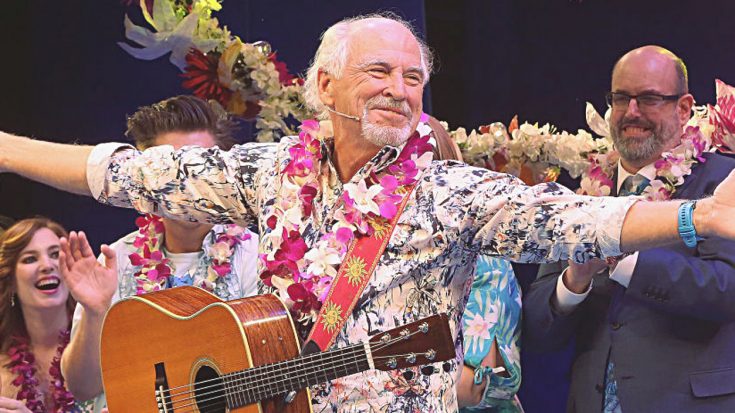 How Jimmy Established His Tropical Legacy

After reaching the eighth spot on the Billboard Hot 100, the 13th spot on the Hot Country Songs chart, and the top spot on the Easy Listening chart, Jimmy Buffett’s “Margaritaville” was an undisputed hit.

It remains his highest-charting solo single to this day, and is therefore his signature song.

Many of you have surely relaxed by the pool or soaked in the sun while listening to “Margaritaville.” But do you know the real-life story that inspired the song?

Buffett started writing “Margaritaville” in a place you likely never imagined…Austin, Texas. Legend has it that while he was visiting the city in 1976, Buffett enjoyed his first margarita, and was hooked.

The Story Goes On…

After throwing back a few more drinks, Buffett and his buddies went to stay at their friend’s house while they had shows scheduled there. On the same night that Buffett had his first margarita, he sat on the deck of that house and started writing what eventually became “Margaritaville.”

That friend was Victoria Reed, whose name has often popped up in the famous tale of how “Margaritaville” came to be. But it wasn’t until March 2018, 41 years after the song was released, that Buffett finally revealed that she was the secret inspiration behind the song.

Taking to Instagram, Buffett shared a photo of himself and Reed with a simple caption. But that short caption revealed the previously untold piece of the story that led to the creation of “Margaritaville.”

“Victoria made many of the margaritas that inspired the song,” Jimmy wrote.

Victoria made many of the margaritas that inspired the song

At last, one previously puzzling piece of the story finally makes sense. Years ago, Reed shared how Buffett will always say that he owes her for the success of “Margaritaville.”

“Jimmy sometimes jokes that, ‘I guess I owe you some royalties,'” she said.

It’s true that Buffett has a lot of credit to give to Reed. After “Margaritaville” hit it big, his entire empire has been built on the song, with short stories, a restaurant chain, and of course, alcoholic drinks being named after it.

Fans flooded the comments of Buffett’s photos with words of thanks for Reed and the role she played in inspiring Buffet’s famous song. “Thank goodness for Victoria!” wrote one fan. We couldn’t agree more!

Now that you know the story behind it, escape to paradise by listening to “Margaritaville” below!