Jesse Keith Whitley Gets Married At The Nashville Palace 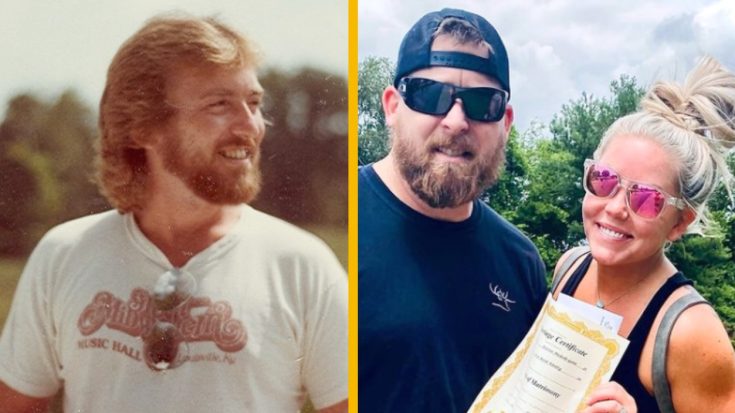 Wedding season is back and in full swing!

A huge congratulations are in order for Keith Whitley’s son, Jesse, and his beautiful fiancée, Kristen. In a photo shared to Instagram, the country music singer’s son posed alongside his future bride with a marriage license.

Like his father, Jesse has chosen a career in music. Keith only released two albums throughout his career; however, the country singer had seven singles to chart on the country charts. Later, seven more singles would chart following the singer’s untimely death. Keith died on May 9, 1989, from alcohol intoxication.

While Keith is not here to watch Jesse begin a new chapter in life, there is no doubt that the singer would be proud of his son’s accomplishments. Not only is Jesse about to build a life with Kristen, but he also performs “outlaw country” and southern rock.

Check out Jesse’s style of music in the following video.