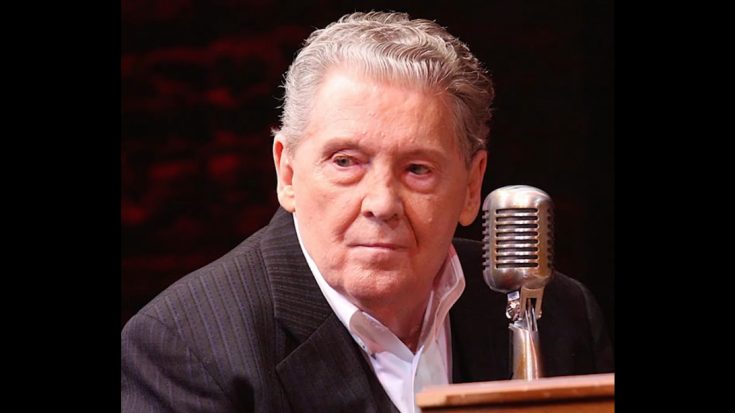 Legendary musician Jerry Lee Lewis is alive and well despite reports that he had died on Wednesday (October 26).

TMZ first reported that Jerry Lee Lewis had died after receiving a tip from someone claiming to be the musician’s representative. The news spread quickly which led to a spokesperson for Lewis’ management company issuing a statement correcting the error.

TMZ has since deleted its original story and posted a retraction that read, “Jerry Lee Lewis is not dead … as we previously reported. We’re told the rock ‘n’ roll legend is alive, living in Memphis. Earlier today we were told by someone claiming to be Lewis’ rep that he had passed. That turned out not to be the case. TMZ regrets the error.”

The news comes just days after Jerry Lee Lewis was inducted into the Country Music Hall of Fame.

The 87-year-old was too sick with the flu to attend the induction ceremony, so his friend Kris Kristofferson accepted the honor in his stead.

“It is with heartfelt sadness and disappointment that I write to you today from my sick bed, rather than be able to share my thoughts in person. I tried everything I could to build up the strength to come today – I’ve looked so forward to it since I found out about it earlier this year. My sincerest apologies to all of you for missing this fine event, but I hope to see you all soon,” Lewis wrote.

“Thank you all for your support and love and for electing me into the Country Music Hall of Fame, and most of all, thanks to God for allowing me to experience this honor while I am still here.”

Jerry Lee Lewis is considered one of the most influential musicians of the 20th century.

Nicknamed “The Killer,” Lewis is mostly considered a rock ‘n’ roll artist, but saw great country music success after his 1968 release of “Another Place, Another Time.”

The song climbed the charts, setting in motion a string of chart-topping hits. For the next nine years, Lewis would earn 17 Top 10 singles on the Billboard country chart, including, “What’s Made Milwaukee Famous (Has Made A Loser Out of Me),” “To Make Love Sweeter For You,” “She Still Comes Around (To Love What’s Left of Me),” “Since I Met You Baby,” “Once More With Feeling,” “One Has My Name (The Other Has My Heart),” and “Sometimes A Memory Ain’t Enough.”