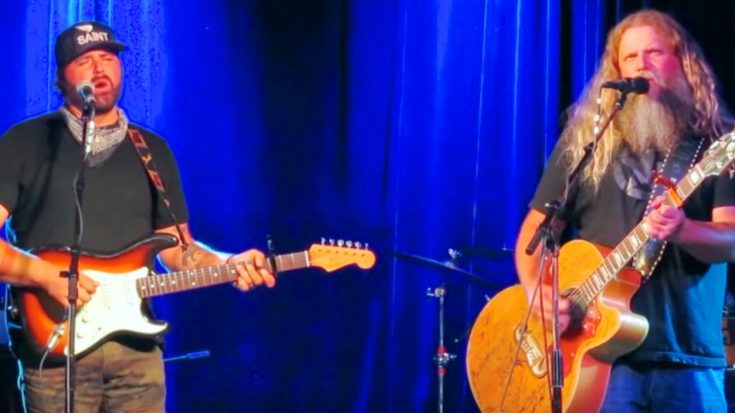 The Chilling Nature Of “In Color”

Jamey Johnson‘s “In Color” is one of those songs that still manages to give you chills, no matter how many times you’ve heard it before.

Written by Johnson, Lee Thomas Miller, and James Otto, “In Color” is told through the voice of a grandson who is relaying stories his grandpa tells him while flipping through old photographs. Even though the pictures are in black and white, and seemingly unimpressive, the grandfather tells his grandson that if only he had been there to see the events “in color,” perhaps he would feel differently.

The song reached the ninth spot on the U.S. Hot Country songs chart, and was also a crossover success. In addition to being a popular song with fans, it was also critically acclaimed, earning two Grammy nominations and winning the ACM Award for Song of the Year.

After all of this time, “In Color” remains Johnson’s most well-known work. It’s easy to understand why.

As a writer, Johnson was perfectly able to illustrate the story he wanted to tell through “In Color.” As a singer, he was able to use his talents as a vocalist to bring that story to life. The resulting combination was a song that will continue to give country fans goosebumps for decades to come.

Add In Houser, And It Gets Even Better

But just when you thought that the original version of “In Color” had to be as haunting as it gets, Johnson proved you wrong.

While performing at a 2018 fundraiser in Nashville, Johnson took to the stage to sing “In Color.” Only he wasn’t alone.

Johnson was joined by powerhouse vocalist Randy Houser, known for his hit songs such as “Like a Cowboy” and “How Country Feels.”

Anyone who has ever heard Houser sing knows that his voice is chill-inducing enough on its own. So imagine how he must have sounded singing “In Color” along with Johnson.

Actually, you don’t have to imagine it, because you can watch it right here. Catch the video of their haunting performance below, and prepare to be awestruck by what you hear.

When a song still generates such an emotional reaction years after its release, and no matter who’s singing it, then you know it’s a good one.