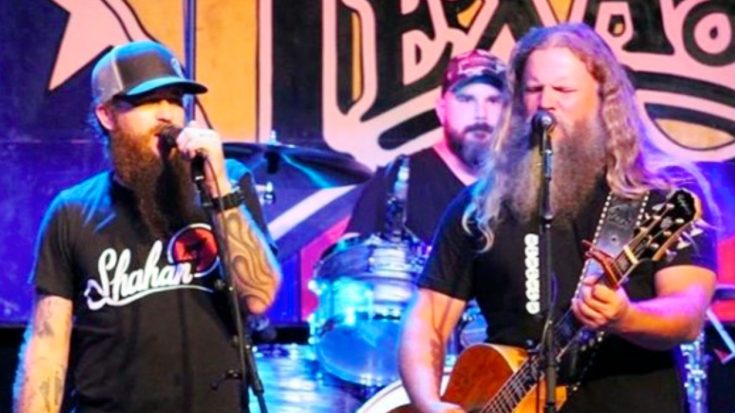 The Lasting Legacy Of Randy Travis

Few artists have made as much of an impact on country music as Randy Travis. Over the course of his career, Travis has placed 50 singles on the charts, 16 of those being number one hits. His prolific catalog of hits ended up inspiring future generations of artists, including two of today’s most well-respected stars.

Jamey Johnson is known throughout the country music community for his devotion to the great artists who came before him. He often covers his classic and traditional country idols, including George Jones, Keith Whitley, and Patsy Cline.

Then there’s Cody Jinks, the Texas-born singer with a strong fan base and even stronger albums sporting influence from country’s great artists. His last four releases all cracked the Top 10 of the Billboard Country Albums chart, making him a force to be reckoned with in the industry.

So what happens when you take these two powerhouse artists and combine their shared appreciations for great country music? An unforgettable tribute performance, that’s what.

During a 2018 show at the famous honky-tonk Billy Bob’s Texas, Johnson took some time to recognize a special audience member watching the show. It turns out that Travis was in attendance that night, and when Johnson introduced him the crowd went nuts.

Unfortunately, the audience couldn’t see Travis that well, since he was sitting backstage and was off in the shadows. But they didn’t need to see him to feel his presence in the room.

After acknowledging Travis, Johnson spoke about how much he influenced him as an artist. He spoke about his early days of performing:

“Man, when I first started playing in the bars down in South Alabama you couldn’t even bring a guitar out of the case without doin’ a Randy Travis song.”

Of course, Johnson couldn’t say something like that and then not play one of Travis’ songs. So he gave the crowd exactly what they were wanting.

First, Johnson started off singing solo to Travis’ Top 10 hit “1982.” Eventually, Jinks joined in, getting the crowd even more hyped than it had been before.

But as cool as that performance was, nothing topped the duo’s combined performance on Travis’ number one hit from 1986, “Diggin’ Up Bones.” You really haven’t lived until you’ve heard their performance, because it’s the definition of epic.

Although no one could see Travis’ reaction to the performance, we’re sure he was beaming with pride from the side of the stage.

You can check out the full medley in the video below. It features every song they sang of Travis’, and also includes Johnson’s respectful introduction to the country legend.

After watching Johnson and Jinks sing “Diggin’ Up Bones,” you know the rest of their performance is top-notch stuff.