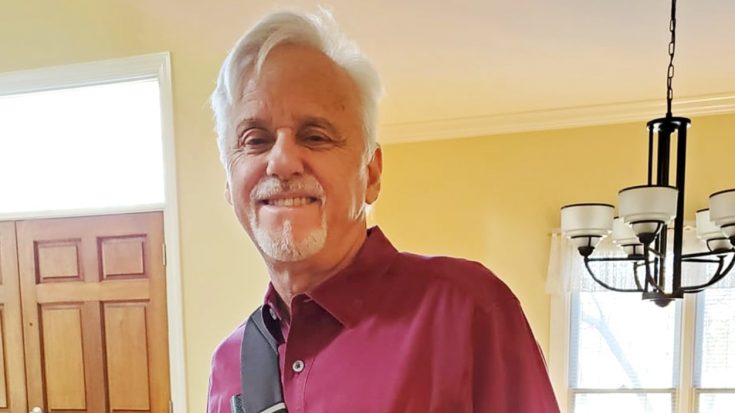 Born in 1945 in Vancouver, Kerry Chater would go on to enjoy a long and successful music career.

Chater got started when he joined a band called the Progressives in the mid-1960s. He eventually left the group and joined a pop rock band that would go on to become known as Gary Puckett & The Union Gap. Chater served as the band’s bass player and arranger during their live performances.

In just two years’ time, Gary Puckett & The Union Gap had four songs land in the Top 10 on the charts. These songs included “Woman, Woman,” “Young Girl,” “Lady Willpower,” and “Over You.”

Chater left Gary Puckett & The Union Gap in 1970 and took his career in a new direction. He studied musical theater and released two solo albums, Part Time Love and Love on a Shoestring.

Even though he rose to fame as a member of a pop rock group, Chater found later success as a country songwriter. He co-wrote the 1979 Top 10 country hit, “I Know a Heartache When I See One,” which was recorded by Jennifer Warnes.

The 1980s were good to Chater, as several songs he co-wrote became #1 country hits. These songs included George Strait‘s “You Look So Good in Love,” Reba McEntire‘s “You’re the First Time I’ve Thought About Leaving,” and Alabama‘s “If I Had You.”

According to Yahoo!, Chater and his wife, Lynn Gillespie Charter, made the move to Nashville in 1987. Together, they wrote songs for artists such as Restless Heart, Lorrie Morgan, and Anne Murray.

The couple later used their writing skills in a new way. They wrote two thriller novels, Kill Point and Blood Debt. A third novel, titled Collusion, was in the works, but Chater never got the chance to see the finished work.

As Yahoo! reports, Chater passed away on Friday (February 4). He was 76 years old.

“To Kerry Chater a founding member of the Union gap, a close friend, a great talent, and a brother in Christ. We will miss you! We WILL see you again when the Lord brings his kingdom to light. Rest in peace my brother!“

Our hearts go out to Chater’s family and friends during this sad time. He left behind quite the legacy in his songs, ensuring he will never be forgotten.