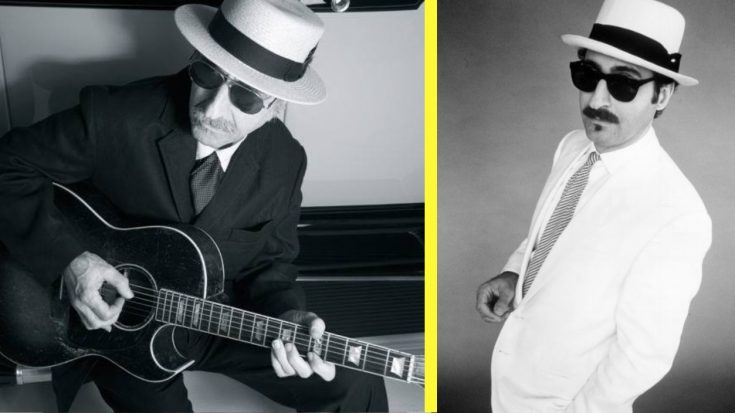 A man who made frequent appearances on Saturday Night Live as the musical guest and who was known for singing and starring in a number of famous commercials from the 80s has sadly passed away. But it’s not all sadness that’s surrounding his passing – as his team has penned a befitting tribute to him that features classic humor from his heyday.

Leon Redbone who loved Vaudeville and Tin Pan Alley style music often blended a variety of genres into his own signature style. He had a passion for blues, ragtime, and other hearty styles of music that helped him stand out among the rising artists of the day.

An official statement posted to his website shared some of his own flavor of humor, saying he passed at the ripe old age of 127.

“It is with heavy hearts we announce that early this morning, May 30th, 2019, Leon Redbone crossed the delta for that beautiful shore at the age of 127,” the statement began. “He departed our world with his guitar, his trusty companion Rover, and a simple tip of his hat. He’s interested to see what Blind Blake, Emmett, and Jelly Roll have been up to in his absence and has plans for a rousing sing-along number with Sári Barabás.”

“An eternity of pouring through texts in the Library of Ashurbanipal will be a welcome repose, perhaps followed by a shot or two of whiskey with Lee Morse, and some long overdue discussions with his favorite Uncle, Suppiluliuma I of the Hittites. To his fans, friends, and loving family who have already been missing him so in this realm he says, ‘Oh behave yourselves. Thank you…. and good evening everybody.’”

Redbone had appearances on Johnny Carson’s “Tonight Show,” sang theme songs for Mr. Belevedere, Harry and the Hendersons, and even added his own flair to the Elf soundtrack – for which he also voiced the ‘Leon the Snowman’ character.

Check out one of Redbone’s most-loved live songs “Please Don’t Talk About Me When I’m Gone” and his famous Budweiser commercial from 1982.

May he rest in peace.