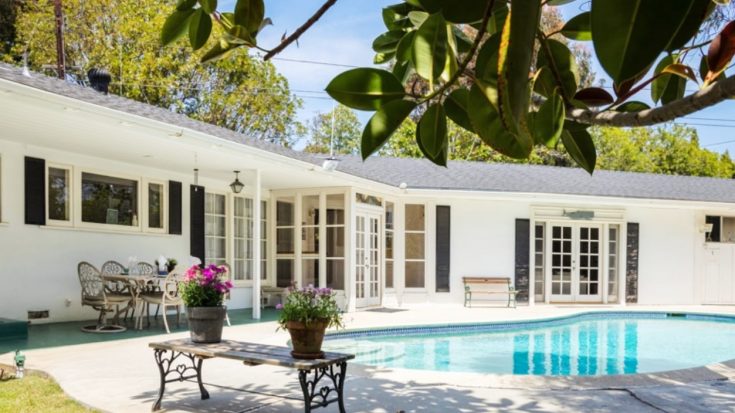 Almost exactly three weeks after it was put on the market, Priscilla Presley has sold the Los Angeles home she purchased in 1976.

According to The Los Angeles Times, Priscilla’s mother, Ann Lillian Wagner-Beaulieu, has lived there for the past few decades, while Priscilla resides in a nearby suburb.

The 2,500-square-foot house that she purchased three years after her divorce with the legendary Elvis Presley sits on a 16,329-square-foot corner lot and features four bedrooms, three bathrooms, french doors, a concrete patio that surrounds a pool, a two-car garage, and enough parking for five cars.

The ranch-style home is a bit dated, and was sold as-is, so real-estate sites Zillow and Realtor say it is “an incredible opportunity for a new build or major fixer.”

Priscilla’s family home was listed at $3.6 million and according to the Los Angeles Times, was sold for $3.8 million, which is $150,000 more than the asking price. The publication also reports that an offer was made ten days after the house was put on the market.

The house is located in one of the most prime locations in Brentwood. It is very close to the historic Getty Museum and is around six miles – or 15 minutes – from the beach.