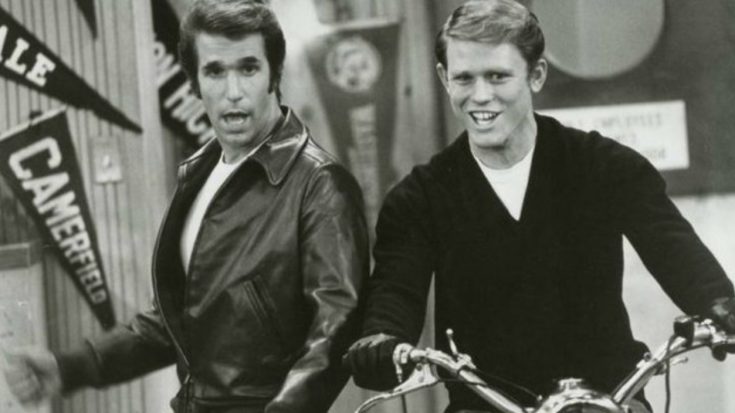 76-year-old Henry Winkler went through some deep house cleaning during the pandemic and found some iconic clothing that he wore in movies and says he plans to auction them off on Dec. 8 at Bonhams in Los Angeles.

“I realized I honestly am a hoarder. I save everything, thinking it is eventually going to be useful or important,” Henry told Hollywood Reporter after sifting through 30 boxes of stuff he had collected in his home.

One of the things Henry found in his storage boxes was the outfit he wore when playing Arthur “Fonzie” Fonzarelli on Garry Marshall’s 50s-era sitcom Happy Days.

It was his black leather jacket, a pair of jeans, a white t-shirt, and motorcycle boots that he wore on set when filming Happy Days. The collective outfit is expected to bring in $50,000 to $70,000.

“I have this space away from everything and in it was 27 to 30 boxes, all of my memorabilia, my swag. I didn’t even realize what I had. I didn’t open these boxes for years. Bonhams came and went through it all,” he said. “I had a [Fonzie] jacket that they made me.”

A part of the proceeds will go to the nonprofit This Is About Humanity, that his daughter Zoe Winkler co-founded.

Henry says he also plans to sell a Ghostface mask from the 1996 teenage slasher film “Scream,” where he played Principal Himbry. The mask is expected to rake in at least $20,000 to $30,000.

“I have my entire T-shirt collection from every show I produced [and] every bit of swag from shows I appeared on, including talk shows,” Henry said.

It’s going to be a big night on Dec. 8 for all those participating in the auction! To get all the information about the auctioning of the outfit, you can visit Bonhams website–OR–you can click the video below to see him wearing the outfit.

See Old Footage Of Him Wearing The Jacket Below