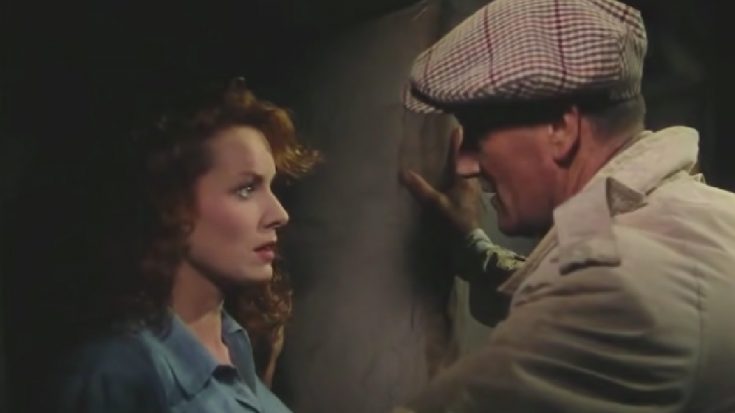 John Wayne and Maureen O’Hara starred in five films together over the course of their impressive movie careers. The only thing greater than their off-screen friendship was their on-screen chemistry.

Even though the pair had undeniable affection for each other, their film takes weren’t always flawless. In fact, one of their most memorable movie scenes resulted in O’Hara breaking her wrist. The scene takes place in The Quiet Man, a movie that was considered to be a passion project for director John Ford…the same man who introduced John Wayne and Maureen O’Hara at a party.

In a 2004 interview with Diane Sawyer, Maureen O’Hara shared a behind-the-scenes details about how filming a scene with John Wayne while she was angry at him resulted in her broken wrist.

“That particular day I was mad at him,” O’Hara recalled of a day on the set of The Quiet Man. “I was hitting him for real and I was intending to break his jaw. As you’ll see, as I hauled off to hit him, he puts his hand up and stops it. In that moment he snaps my wrist back and cracked a bone in my wrist.”

O’Hara finished filming the scene then went to the hospital. She later returned to the set to continue working because “you got no sympathy.”

O’Hara went on to explain in the interview that she was angry because John Wayne and the movie’s director had put down sheep’s dung for the scene where Wayne’s character drags O’Hara’s on the ground.

“Let me tell you, it stinks!” O’Hara said. “They loved tormenting me. Probably because I reacted. If I had had the sense not to even react they probably would have quit tormenting me.”

Hear Maureen O’Hara talk about breaking her hand while taking a swing at John Wayne in the clip below.