How George Strait Nearly Missed Out On “I Cross My Heart” 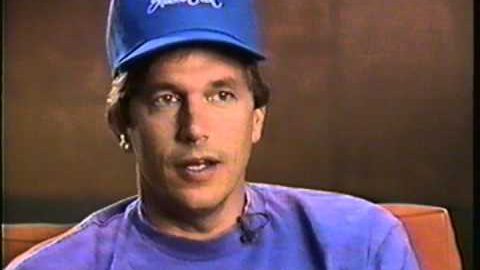 While George Strait’s “I Cross My Heart” is beloved by his fans today, it took a long time for the song to find its way to the country singer.

Songwriters Eric Kaz and Steve Dorff wrote the song in 1982, but it took a full decade to find its true home…

Dorff said that when he and Kaz wrote the song together, they imagined a group like Boyz II Men picking it up. He had the song demo recorded in an R&B style, and he loved the way it sounded — but no one else did.

Still, Dorff held onto the song, knowing that he had a hit on his hands.

Dorff decided to switch up the style of the song, and created a demo that featured a female vocalist. “I Cross My Heart” made its way to Bette Midler, who recorded the song, but said she didn’t like her version.

Finally, eight years later, George Strait’s movie Pure Country was in production, and the movie’s director was panicking because he didn’t have a song to go with the movie’s credits.

The director reached out to Dorff. Strait recorded “I Cross My Heart,” and it became one of his many chart-topping hits.

See George Strait’s picture-perfect performance of “I Cross My Heart” below.