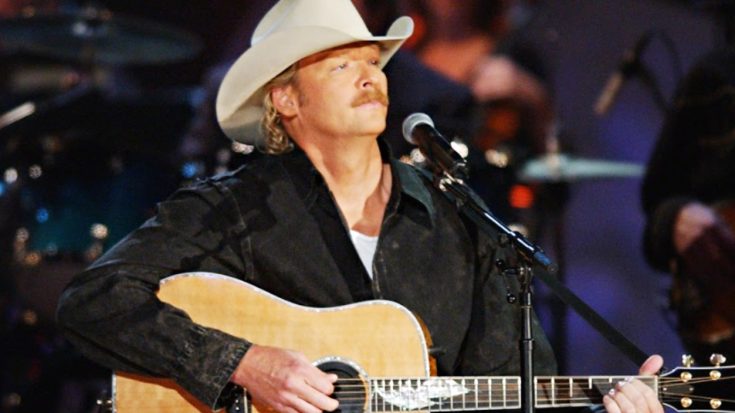 Many artists use life experiences to draw inspiration for their music, but for Alan Jackson, a string of loss and family tragedy left him unable to write.

While some of Jackson’s most memorable hits are inspired by life’s cruelest moments, the country singer found himself stifled after losing his mother and son-in-law. Jackson took a break from music, and he waited until he felt “good again” to resume songwriting. In an interview with Yahoo Entertainment, Jackson explained:

“It took a couple of years to get through all that. I just didn’t feel like writing. When you’re the daddy and you kind of feel like you’re the head man, and you’ve got your wife and your daughters and everybody, you really hurt more for them going through it. It just took a long time for me to feel good again, to feel like I actually wanted to sit down and try to write something.”

After a six-year recess from recording, Jackson is making his return with Where Have You Gone. Of course, country music has changed a lot over the last few years, and that face has not gone unnoticed by the star. Most notably, Jackson feels that the classic country sound has slowly disappeared from the genre he loves. Jackson admitted:

“There’s still young guys and girls today that love that kind of music, but it’s just slowly fading away, and I don’t hear hardly any of it left in the new music anymore. And it’s not that to say that everyone has to sound like Hank Williams. I’m not criticizing. It’s just my personal feeling that it’s going away. I feel like it’s like a lost love.”

Jackson’s new album, Where Have You Gone, is available now. For more on Jackson’s career, check out the video below.