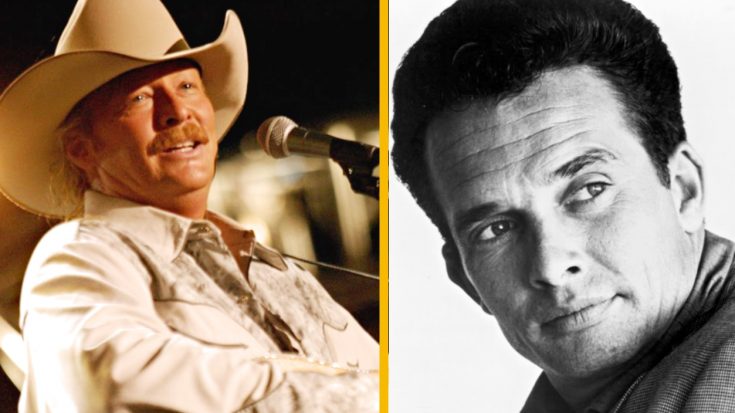 After a six-year recess from recording, Alan Jackson is making his return with Where Have You Gone.

The album’s title reflects how country music has shifted away from its classic sound over the last several years. Jackson set intentions to create an album that brought back the mainstream sound he fell in love with during his career. Jackson also chose to honor a classic sound by performing a tribute to legend Merle Haggard on the record.

Jackson wrote 15 of the 21 songs on Where Have You Gone, but his tribute to Haggard, “That’s The Way Love Goes,” was written by Lefty Frizzell and Whitey Shafer. In the 70s, the song was first recorded by Johnny Rodriguez. Haggard later recorded and used the song as the title track for his 1983 album. Haggard’s “That’s The Way Love Goes” would later earn him a Grammy for Best Country Vocal Performance.

“I’ve been wanting to do something for Merle ever since he died,” Jackson explained in an interview with The Tennessean. “I think it’d been cut by a bunch of people, but I always heard Merle did “Love Goes” as a tribute to Lefty…I did it kinda the same way, as a tribute to Merle.”

Listen to Jackson’s rendition of the song in the video below.