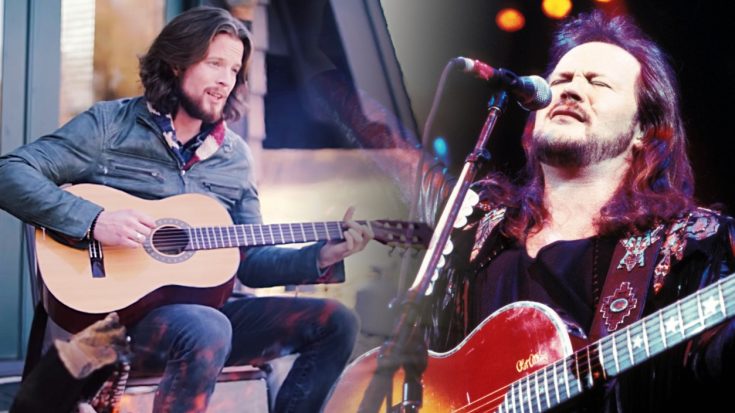 Nearly 20 years after it was first released as a single, one of country music’s favorite a cappella groups turns Travis Tritt‘s classic hit into a four-part harmony that will send shivers down your spine!

Home Free has become known for their riveting videos and magical country covers in the short time since their amazing win on NBC’s singing competition, The Sing-Off in 2013. Just over half a decade later, and they’re now one of the foremost a cappella groups in America and perform around 200 shows each year.

Since 2013 the group has released five studio albums – including two Christmas albums – and have covered hits like “God Bless The USA,” “Colder Weather,” “Thank God I’m A Country Boy,” “9 to 5,” and now, for the first time ever, one of Travis Tritt’s most treasured songs.

By the year 2000, Travis Tritt had already scored a seemingly endless number of chart-topping hits, but he was just about to score two more with the release of “Best of Intentions” and “It’s A Great Day To Be Alive” off of his record Down The Road I Go.

The latter has proven to be one of the best-known country power anthems the world has ever heard, and Home Free surely did the song justice with their instrument-free cover that just debuted!

The song came out on February 1st, 2019, with the music video following just days later. In just a matter of hours, the video had already earned more than 40,000 views and thousands of comments from fans screaming about how great it is. And we have to back them up – it’s one killer song!

With buttery-smooth vocals and brilliant harmonies that shine, this group of guys really deliver with the first Travis Tritt cover they’ve released.

Surely, after you listen to this – it’ll be a really great day!

Check out the full video below and let us know what you think in the comments.