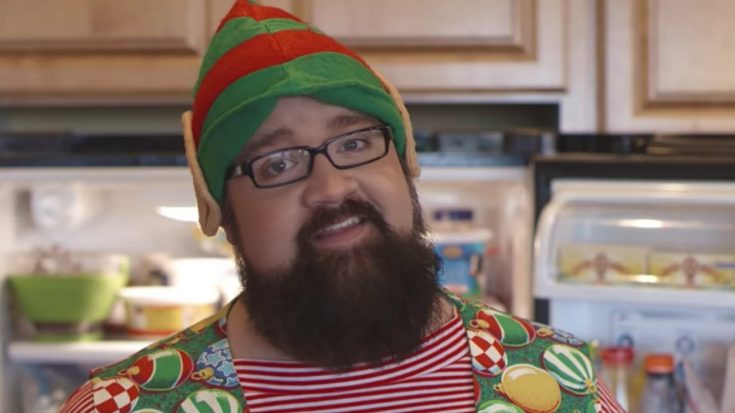 Home Free never ceases to amaze us with their spot-on vocals and one-of-a-kind music videos. One of their holiday releases has always had us roaring with laughter, as they took a zany Christmas classic and kicked the hilarity up a notch with their over-the-top antics.

Love it when we have awesome photographers come to our shows. #ACountryChristmas #HomeFryPhotos ? Ed Haney

“Grandma Got Run Over By A Reindeer” was first released in 1979 by husband-wife duo Elmo & Patsy. Within just a few years of its release, the tune became a Christmas staple. In the years since, many artists have covered the song with some memorable parodies being recorded, including the 1996 recording of “Grandpa Got Run Over By A John Deere” by Cledus T. Judd.

But, it’s Home Free’s cover of the classic that has us talking. In their video, the Sing Off champs’ sense of humor shine through as they intrude on an unsuspecting homeowner while Christmas caroling. Throughout the duration of the song, the men make themselves at home in the strangers’ home, helping themselves to food, taking control of the television remote, and even brushing their teeth with someone else’s toothbrush.

Check out our latest video, Grandma Got Run Over By A Reindeer. #WeLookSuperCool #NoGrandmasWereHurtWhileFilming #LinkInBio

We highly recommend watching Home Free’s video for “Grandma Got Run Over By A Reindeer” over and over again. If the song doesn’t get you in the Christmas spirit, the men’s festive suits will! See for yourself below.