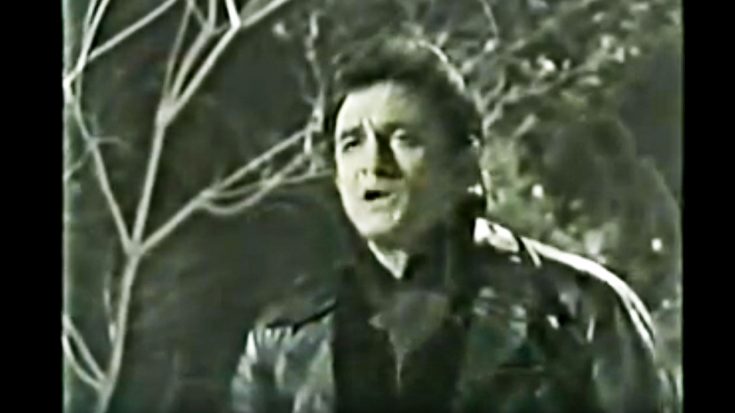 This long-archived footage of the country legend was shot way back in 1970, in the midst of the Christmas season and features everyone’s favorite Man In Black singing a holiday favorite.

Johnny Cash was at the height of his career throughout the 60s and 70s and even had his own televised variety show called The Johnny Cash Show. It was during part of the filming for this beloved hour of TV that this footage was captured.

Singing outdoors beneath a bevy of wintery trees and surrounded by a small choir of children, Cash’s unique voice echoes across the field, bringing each note of “Little Drummer Boy” a deep and rich sound that we all are familiar with.

A very original take on this age-old classic Christmas song, Cash truly went all-out for his fans by reimagining this song with a different cadence and very personal style.

Watch this 1970s footage of Johnny Cash singing Christmas songs in the snow below and let us know what you think of his take on this classic.